Thank you to everyone who nominated comments, voted for the finalists, and came along last night to the GLORIAs Awards Night for 2017.

The winner of this year's awards, after a seriously raucous boo-off to decide the worst comment of the year, shows the serious side of the GLORIAs. I'm proud we voted to show our support for our friends overseas who are facing the most horrific persecution.

Ramzan Kadyrov, head of the Chechen Government
Ramzan Kadyrov, leader of Chechnya, won the award for deciding that gay men should be rounded up and arrested, then herded into concentration camps and eliminated. 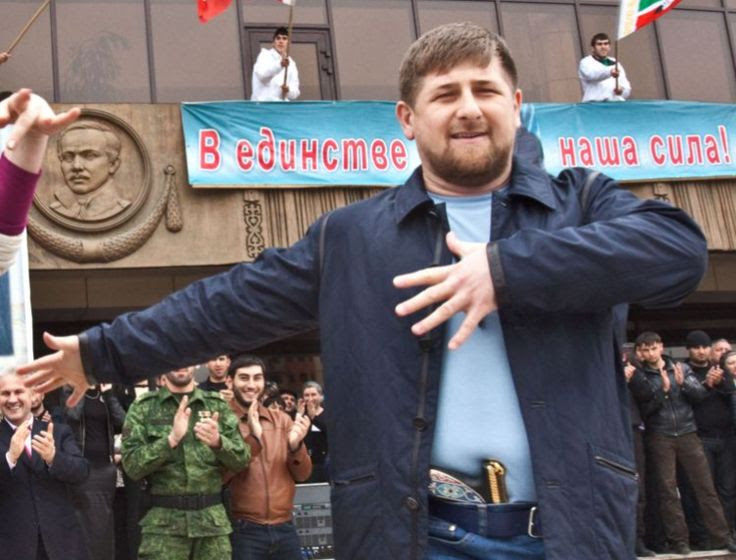 And the winners of each individual category were:

International
Ramzan Kadyrov, head of the Chechen Government, for deciding that gay men should be rounded up and arrested, then herded into concentration camps and eliminated.

Media
Cartoonist Larry Pickering for telling a Q Society dinner that, while he doesn't like Muslims: “They’re not all bad, they do chuck pillow-biters off buildings.”

Religion
Lyle Shelton, director of the Australian Christian Lobby, for equating same sex marriage with Nazi atrocities: "The cowardice and weakness of Australia's 'gatekeepers' is causing unthinkable things to happen, just as unthinkable things happened in Germany in the 1930s.”

Sport
Straight journalist Nico Hines from the Daily Beast for setting up a Grindr profile in order to bait male athletes at the Olympic village in Rio, and then wrote an article about it called ‘I Got Three Grindr Dates in an Hour in the Olympic Village’ - including using identifying details about athletes who come from homophobic countries.

Silliest comment made from within the LGBTI community
The 'Gays for Trump' campaign for defending Trump's announcement that he supports anti-trans laws in North Carolina, which rolled back anti-discrimination protections for LGBT people and introduced regulations to ban transgender women from using the female bathroom on purported ‘safety’ grounds.

Politics
Liberal Senator Eric Abetz for saying that flying a rainbow flag in the lobby of a government building represented support for a hostile nation that had declared war on Australia.

To see a full list of all nominees for 2017, head to www.theglorias.com.au/nominees2017