After a year like no other, 2021 is roaring onwards with so much at stake for the Labor Party and our communities.

This year is it likely we will have a Federal election and in September we will have local government elections across the State.

In NSW we are coming up to the 10th anniversary of the Liberal National Government. In 10 years we have seen $70 bil of privatisation, the forced amalgamations of local councils, the sacking of thousands of public servants, and cuts to services for the most vulnerable. Social housing, child protection, and community support have felt the brunt of these cuts. Our environment has lost important protections and any meaningful action on climate change has been minimal.

In the key areas for state governments, things have just gotten worse. Our health system, especially in rural and regional areas is in crisis, our education system has been run into the ground. NSW has gone from being one of the top performers in the world to one of the worst for developed countries. TAFE has been almost obliterated with campuses sold off, cuts to courses, 5,700 staff have been sacked and right now there are 175,000 fewer students in the TAFE system than in 2012. Whether it is the excessive private toll roads making life tough for people in our suburbs, or the skyrocketing cost of public transport, this government is only interested in government for the big end of town.

In the Upper House (the Legislative Council) the impact of One Nation continues to challenge our State with constant attacks on our education system and the ability of teachers to provide quality education as well as support every student, especially LGBTIQ students in our schools.

After 10 years, the Berejiklian/Barilaro Government prides itself on pork barrelling public money into coalition electorates while everyone else is left behind. Check out Rose Jackson’s Rort Report for more details.

There is a big job ahead for all of us who want to see a fairer, more sustainable, and more prosperous NSW. I look forward to working with everyone who wants to see an end to this rotten government.

I’ll be catching up online and in-person with my duty electorates of Balmain, Vaucluse, and South Coast in the coming weeks. If you would like me to visit your branch or host a zoom meeting with any of our Shadow Ministers, please get in contact and we will arrange.

I look forward to catching up with you all in person very soon.

PS: Thanks to everyone who has campaigned to introduce fully functioning online branches, today NSW Labor will make this a reality. A terrific win (and not a moment too soon)

What has the Labor Opposition been up to over summer:

Labor has introduced a bill into the Parliament to ensure that manufacturing jobs don’t keep going overseas. Support the NSW Made Campaign. 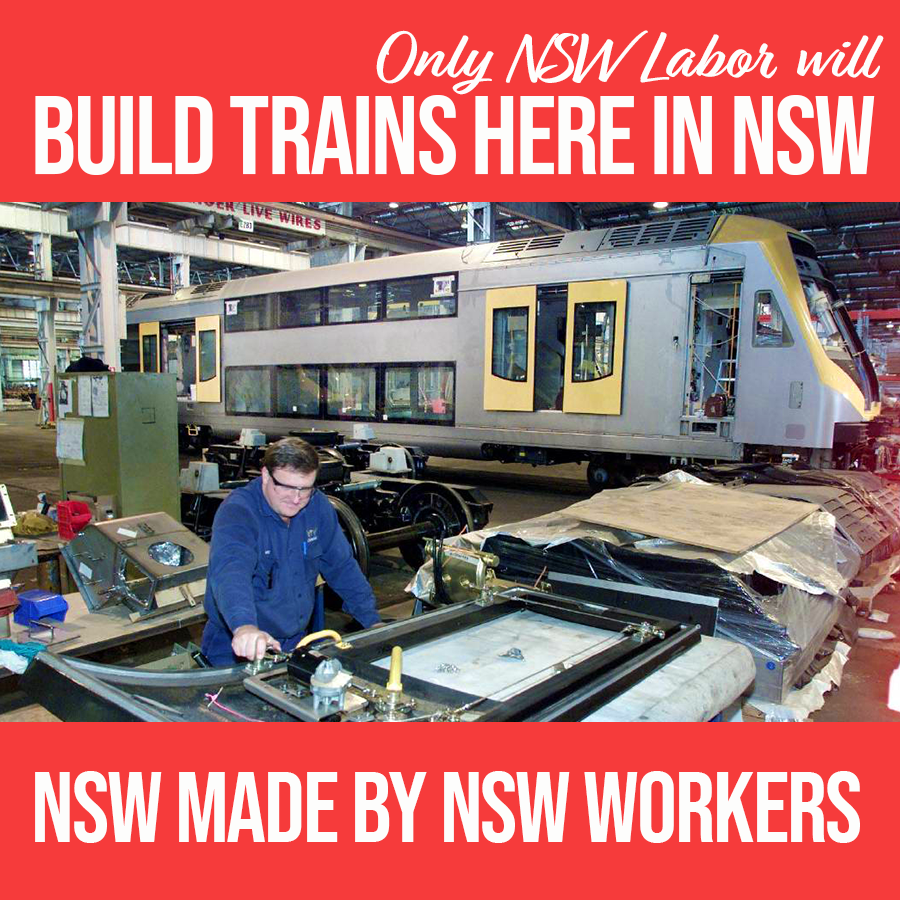 We have drawn attention to the 100 schools that have been promised (many times) but are not being built. Meanwhile, students continue to be sardined into demountables.

We began an Upper House Inquiry into the crisis in rural and regional health. The inquiry has received over 700, often heartbreaking submissions. 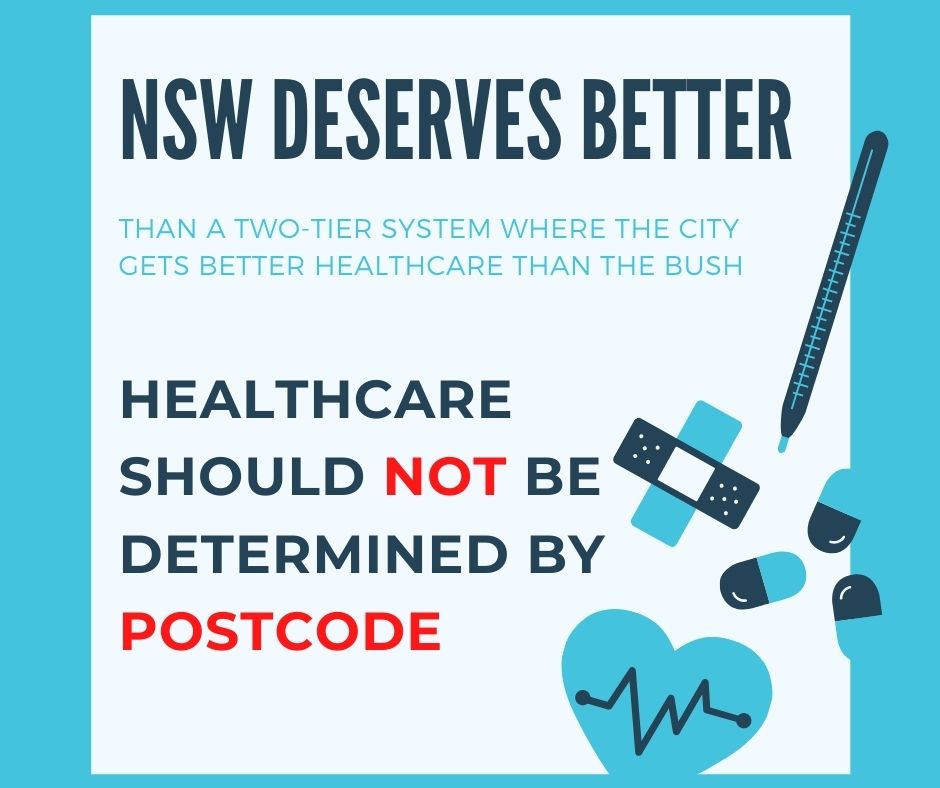 We called for more paramedics as NSW has the longest wait times in the country.

A trip from one part of Sydney to the other is costing $100 in tolls. It’s happening. The campaign against tollmania is being led by John Graham. It is also causing congestion on local roads as people try to avoid the tolls. 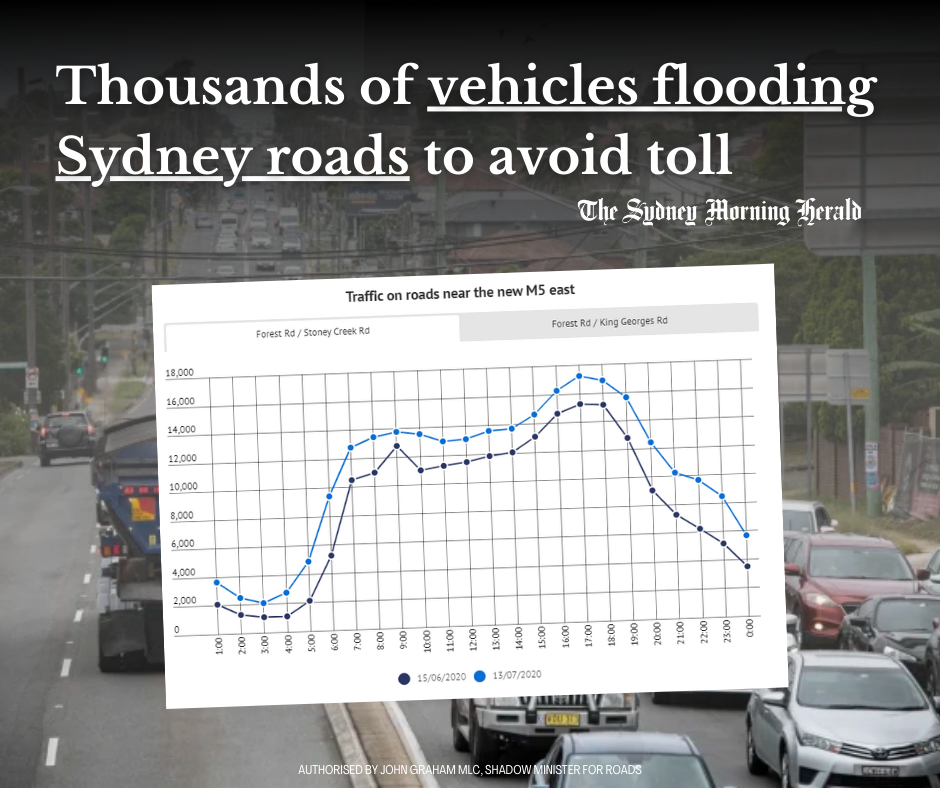 What is coming up in the next few weeks of Parliament:

We’re back. Budget Estimates will begin at the end of February.

One Nation has a bill before the parliament that undermines the safety of LGBTIQ kids at school, stops teachers from being able to teach and provide care and support to every student in their classroom. Equality Australia has more information about the bill here.

Daniel Mookhey has been leading the charge on the urgent need to protect workers in the gig economy from exploitation and poor working conditions. There is also an inquiry into the future of work that has just started.

A full list of current committee hearings can be found here.