As I write this, 2020 continues to be one of the most challenging years. While COVID continues to dominate our lives I wanted to give you an update on some of the things that are happening in NSW politics that are deserving of attention:

NSW Parliament is returning on 4 August. There will be much to pursue.

Websites to watch out for are Donald Trump related:

For a more serious take on Republicans actively campaigning for Biden it is worth checking out the Lincoln Project. Heavy hitting political ads like you have never seen them.

One of the great things to happen during COVID is that the ALP has moved into online forums where we can share information, get updates and stay in touch. I have done lots of zoom meetings in recent months, happy to come along to your branch, just send me an email. I have also organised other Shadow Ministers to attend on particular issues. If this interests you, let me know.

P.S. Shout out and thanks to everyone who worked so hard on the Eden Monaro by-election. Terrific result for a terrific candidate in the most difficult of circumstances.

Economic recovery under the Liberals and Nationals an unfolding disaster

In the midst of a global pandemic and recession, NSW needs a Government that will be focussed and decisive, making the decisions necessary to look after people and ensure recovery for the State economy.

With unemployment hitting the worst result in 20 years, the Berejiklian Government is reverting to type with austerity measures such as cutting public sector wages, more privatisation and even floating the idea of raising the GST. Inequality is growing with no plan to address it.

Quick to don the high vis, the Premier's love of infrastructure projects is well known. What she is less likely to talk about is the billions of dollars of waste of taxpayer funds: 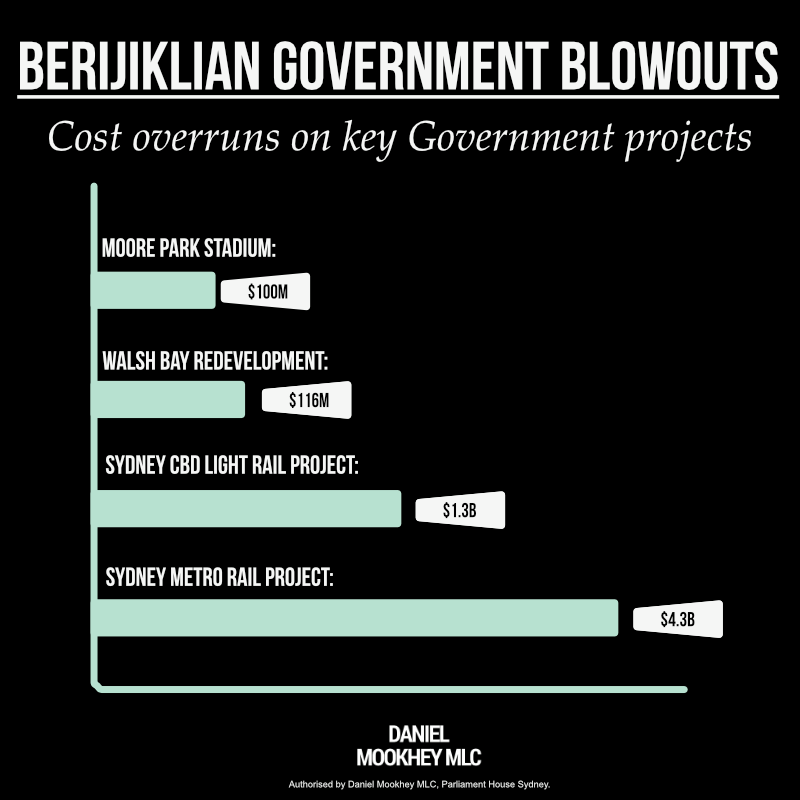 Cutting the pay of 410,000 workers will take $3 billion out of the NSW economy across every village, town, and city across the state. It will deepen the recession. 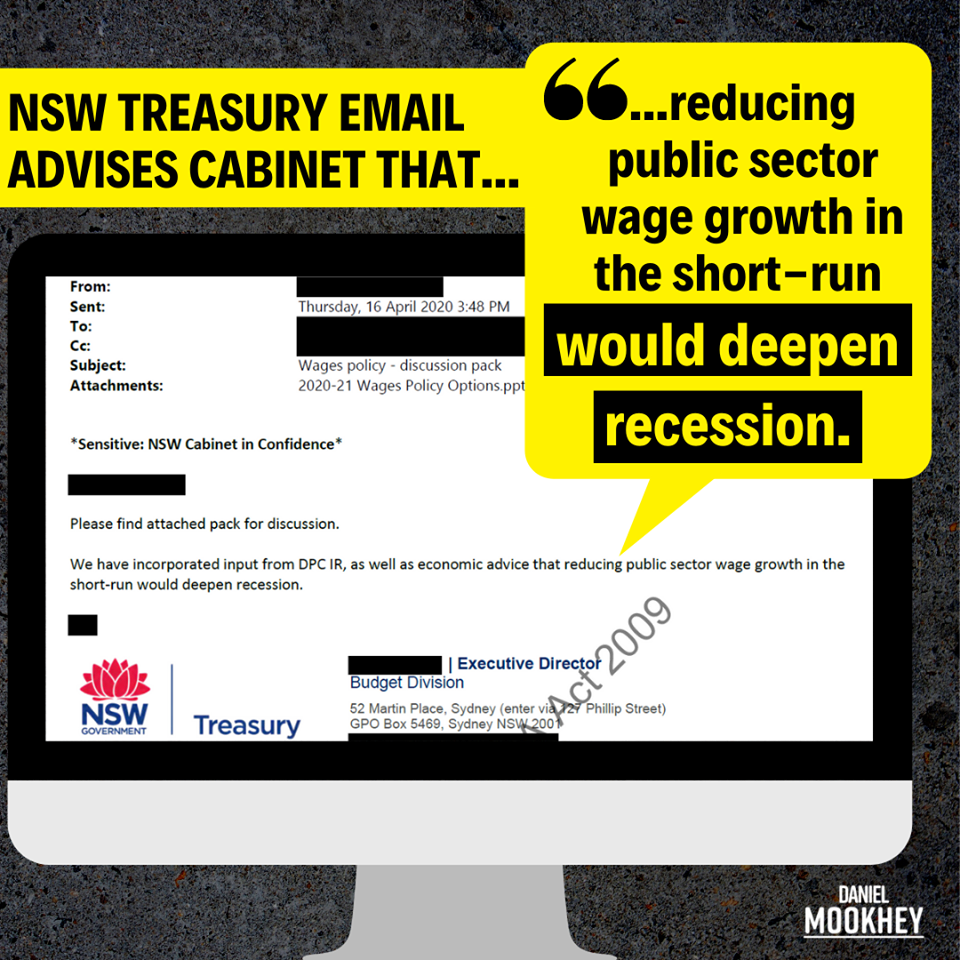 No Economic recovery without women in the workforce

In 2018, KPMG reported that every dollar invested in early childhood education brings $2 back into our economy. Inaccessible and unaffordable childcare is one of the greatest workforce disincentives in our economy, right now we need to make it as easy as possible for women to get back to work.

This is something I spoke about recently in Parliament: 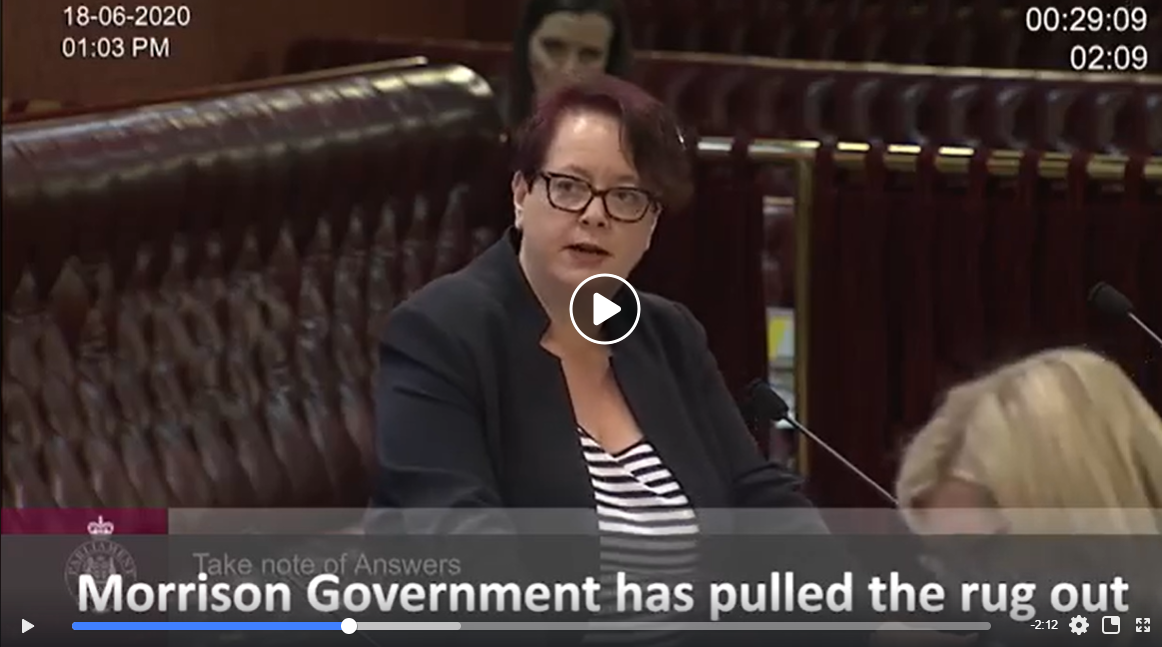 The Family is Culture report makes 125 detailed recommendations, suggesting policy reform that will move the system towards a more just and fair outcome that consults widely and provides more self-determination to Aboriginal communities. The recommendations also articulate a number of urgent and specific legislative reforms.

We waited almost 9 months for the NSW Government to respond and the result was bitterly disappointing for Aboriginal communities. The Government response is 3 pages long and ignores the vast majority of recommendations. In its response, the NSW Government has committed to:

The rest of the Government's response outlines programs and changes that were already underway prior to the review being released. 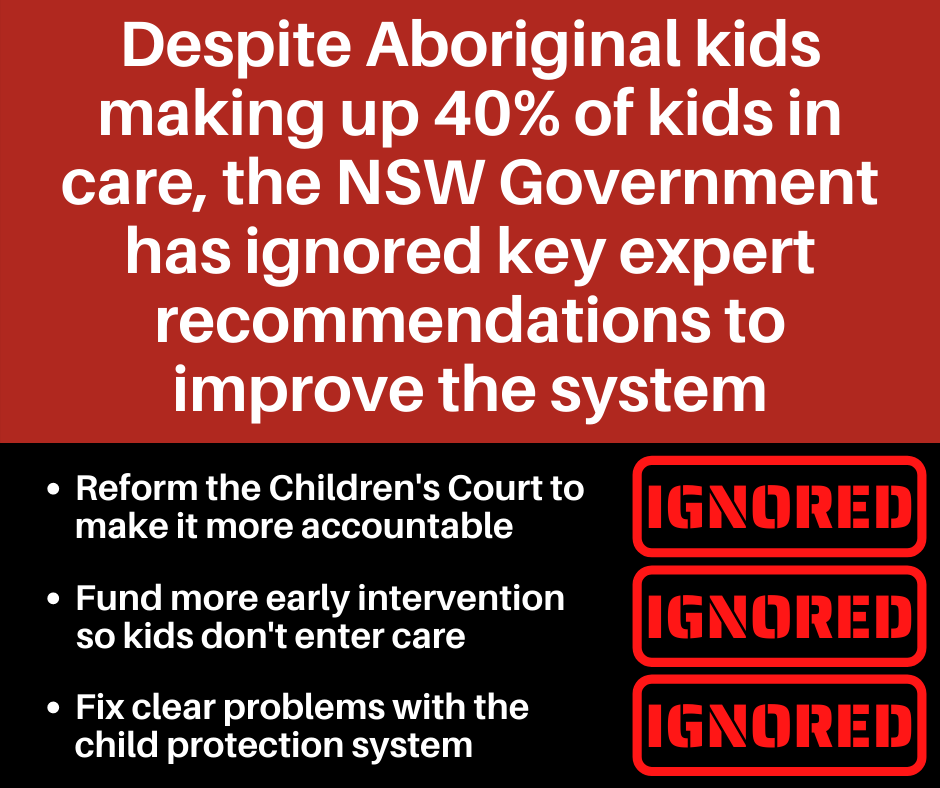 Last week I convened a roundtable with Greens MLC David Shoebridge that included 16 Aboriginal child protection groups, legal services, and community organisations. These community leaders made it clear that this response falls far short of the urgent action that is needed to repair this system.

If you'd like to know more about our work in this space, have a look at my joint media release with David Harris MP, Shadow Minister for Aboriginal Affairs and Treaty about the NSW Government response.

For those of us with kids, managing their home education was a tricky balancing act alongside our own work and study at home. Imagine if you had to do it all on a single device shared between you and 3 kids. That was the reality for some parents across NSW and it's unacceptable.

This pandemic has demonstrated the widening digital divide for some families and the immense disadvantage that creates in our modern society. Labor called on the Government to provide urgent assistance to these families to help them manage this shortfall in access to technology, unfortunately, their response fell far short of the urgent need in our community.

Despite receiving over 6,000 applications for devices from kids in out-of-home care, the NSW Government didn't send out one device before kids returned to school.

Access to the internet is as essential as keeping the lights on and keeping food in the fridge. If this pandemic has shown us anything, it's demonstrated the urgent need for us to bridge that digital divide for disadvantaged families.

I spoke about this in Parliament, you can see what I said here: 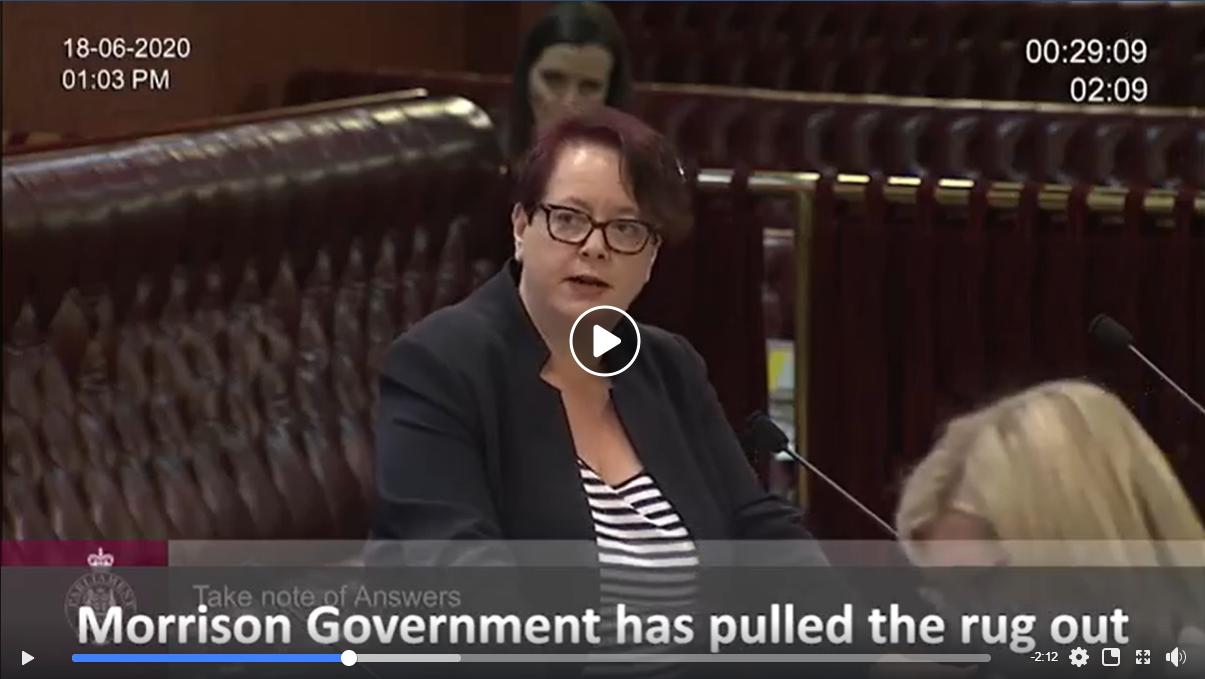 In December 2019, the Disability and Ageing Commissioner Robert Fitzgerald released his comprehensive report into the funding and functions of disability advocacy. The report makes clear recommendations that outline the responsibility of NSW to fund advocacy.

We have now received documents that reveal even Senator Anne Ruston, the Liberal Federal Minister for Families and Social Services, wrote to Minister Ward reminding him of his responsibility to fund advocacy.

The documents also show that Mark Tonga, the Chair of the Disability Council who advises Minister Ward on disability policy, has also written to him telling him to adopt the recommendations of the report, reminding him that the uncertainty of advocacy funding is hurting people with disability.

We're still waiting for the official Government response to Fitzgerald's report, which, according to the documents obtained from the Minister's office, won't happen until after the Budget. 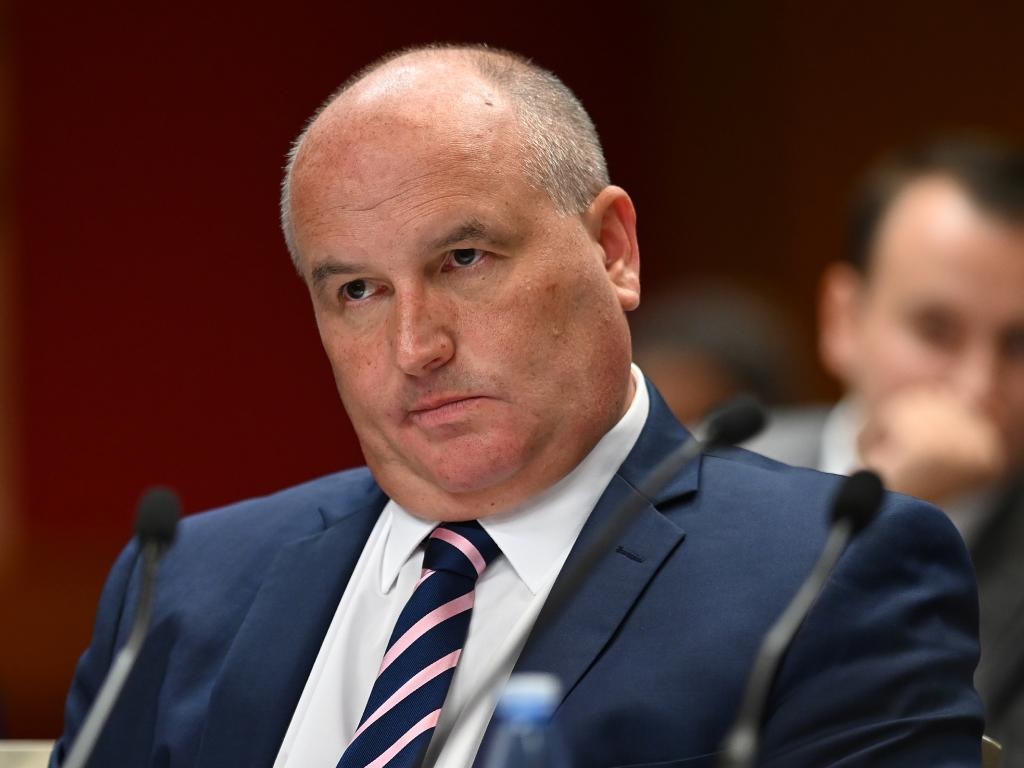 A week ago, we saw the extraordinary revelation that NSW Police cleared David Elliott and concluded their investigation 9 days before receiving legal advice about the matter.

This is the second time Gladys Berejiklian has forced NSW Police to investigate their own Minister, rather than ordering an independent investigation.

The Government is now refusing to release the legal advice that was ignored in the investigation. The Government must release that advice immediately to restore any trust amongst the public in her ability to manage her erratic Police Minister.

Koalas will be extinct by 2050 without urgent action 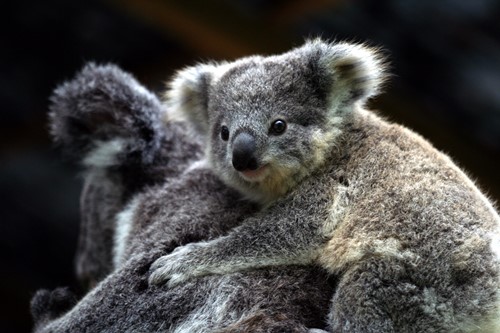 I've spent the last 12 months on the committee inquiring into koala populations and habitat in New South Wales, the findings in our report are astonishing.

Koalas will become extinct in NSW before 2050 without urgent government intervention, yet we heard time and time again from Government witnesses that they believed their policies were adequate.

After drought, devastating bushfires, ongoing land clearing, and worsening climate change, the Government must act to urgently intervene and protect our koalas.

I thank my fellow committee members, as well as everyone who sent a submission or gave information and insights as a witness over the course of the inquiry, I hope we now see a far-reaching response from the Government that incorporates our 42 recommendations.

New inquiry into oversight of deaths in custody 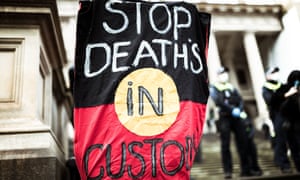 I am one of the members of a committee undertaking an inquiry into the unacceptably high levels of First Nations people in custody in NSW, as well as whether the oversight bodies tasked with inquiring into deaths in custody are suitable and appropriately resourced to carry out this role.

Here are the terms of reference of the committee:

That a select committee be established to inquire into and report on First Nations people in custody in New South Wales, and in particular

(a) the unacceptably high level of First Nations people in custody in New South Wales,

(b) the suitability of the oversight bodies tasked with inquiries into deaths in custody in New South Wales, with reference to the Inspector of Custodial Services, the NSW Ombudsman, the Independent Commission Against Corruption, Corrective Services professional standards, the NSW Coroner and any other oversight body that could undertake such oversight,

(c) the oversight functions performed by various State bodies in relation to reviewing all deaths in custody, any overlaps in the functions and the funding of those bodies,

(d) how those functions should be undertaken and what structures are appropriate, and

(e) any other related matter.

Submissions to the inquiry are now open and can be made on the NSW Parliament committee page.

The Committee Inquiry into the $1 billion raising of the Warragamba dam wall is continuing. I raised my concerns about this project in parliament. You can read it here.