Last week the Legislative Council debated a bill that would have taken abortion out of the 1900 Crimes Act. I support the right of women to make decisions about their own lives. My speech in favour of the bill is here. The bill was defeated 25 votes to 14. While profoundly disappointed I do not think it is all doom and gloom. Pro choice MPs are already talking about forming a cross-party group that will get this reform done.

My bill to introduce Safe Access Zones around reproductive health clinics will be debated in the near future. Will you show your support by signing this open letter to MPs?

In the last couple of weeks in the Parliament Luke Foley and the Labor Opposition have:

The 8th annual GLORIAs awards are on again on Wednesday 24 of May. Come along for a fun night at NSW Parliament House while we stand on the table and point at homophobia and transphobia in public life. We have special guest host comedian Kirsty Webeck and everyone’s favourite drag queen Barbra Blacksheep. Tickets are selling fast so book now.

PS The NSW Fabians are putting together a booklet: A new vision for NSW – ideas for the next state Labor Government. They need help to get this booklet printed, can you throw some $ their way?

The GLORIAs are back on 24 May

I am very proud to host this annual event that shines the light on outrageous, ignorant and ridiculous comments made about our LGBTI citizens every day.

I hope you'll join me for drinks, canapés, entertainment and special guest host comedian Kirsty Webeck, and join in the Great Boo-Off to decide the most outrageous comment made about the LGBTI community over the past year. 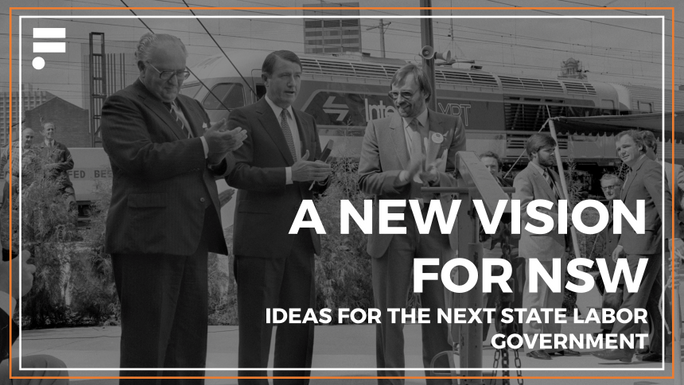 The Australian Fabians are putting together a collection of new progressive policy ideas to be launched at the NSW Labor conference. We want to get people talking and thinking big about the challenges facing our community.

As you know, the current Government has watched as inequality has grown, but it's not too late to turn it around. But to do it we'll need to get serious about challenges like housing affordability and fight the rise of casualised employment.

The Fabians need your help to spread the word. If you would like to support this project, please give what you can to the crowdfunding campaign at: chuffed.org/project/fabianideas

Funds raised will be used for designing and printing the publication. Together, we can put our progressive ideas on the map.

After the Federal Budget, the Opposition has taken Premier Gladys Berejiklian to task for breaking her promise to ensure her federal Liberal colleagues honour the so-called Gonski funding agreement, costing some NSW schools millions of dollars in funding.

Labor introduced legislation to ban property developers from seizing control of councils, to stop developers from sitting in judgement on developments at a local government level – the conflict of interest is just too great. 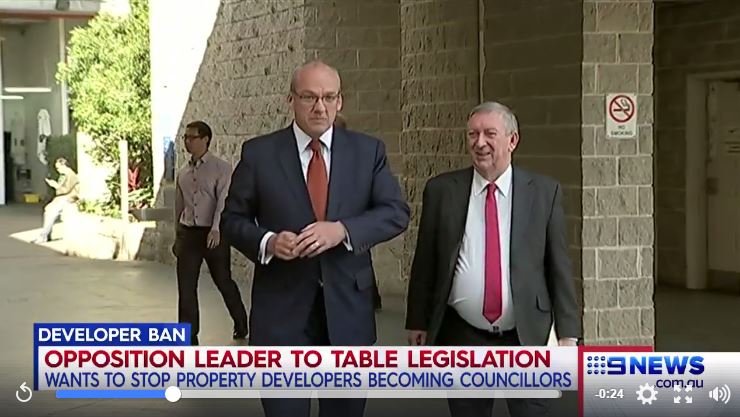 Opposition Leader Luke Foley visited the flood-hit North Coast to propose a comprehensive flood recovery package to help bring certainty for the future of residents in business in some of the hardest hit areas.

Labor slammed another failure on schools by the Berejiklian Government, who were caught out pretending to take action on the growing maintenance crisis at NSW state schools, announcing $390 million to address the huge $775 million backlog - while forgetting to say that the figure included the $330 million already announced in the 2016-17 budget.

Luke Foley stood up strongly on banning single-use plastic bags in NSW - something that Luke and Penny have been advocating for more than a year - appearing on The Project with Waleed Aly to commit that a future Foley Labor Government will protect our environment and wildlife by banning plastic bags. 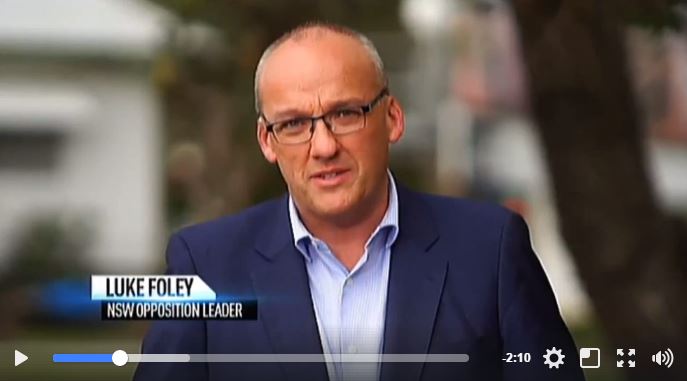 We were also very proud to welcome the newest member of the Labor Opposition, Liesl Tesch AM MP, who was sworn in as the Member for Gosford and is blazing a trail in the NSW Parliament with the sort of deep passion and energy that makes Labor great. See Liesl's inaugural speech here. 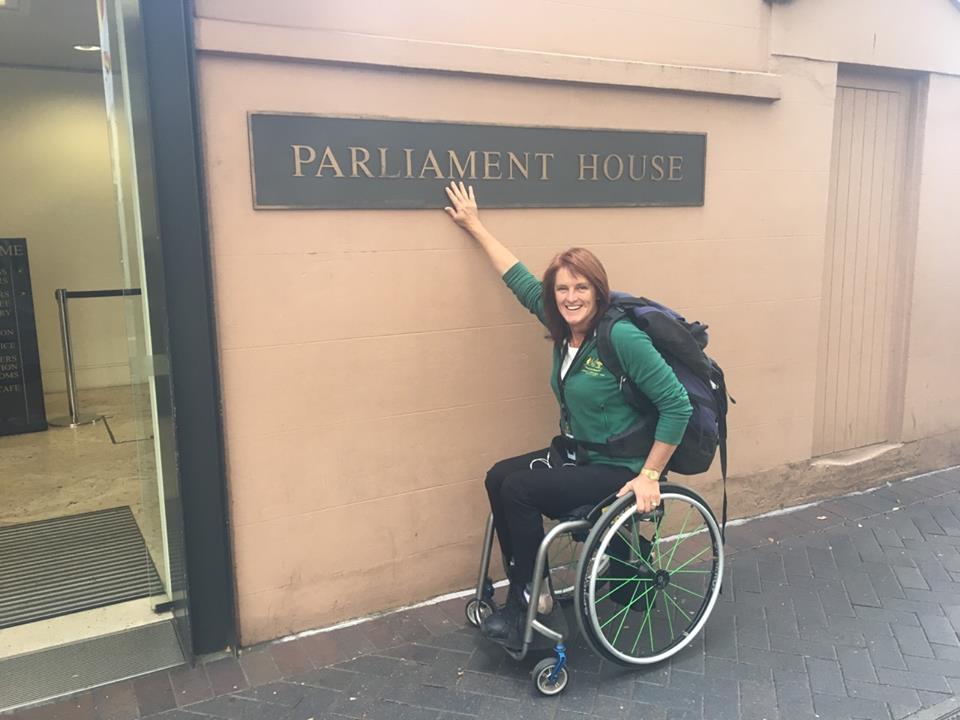 What else has Penny been up to?

Joined with Luke Foley to present Labor's 5 Point Plan for Heritage Protection, with the next Labor Government committed to delivering New South Wales’ first ever State Heritage Strategy. This was presented at a heritage forum hosted by Penny at the NSW Parliament in the historic Jubilee Room. 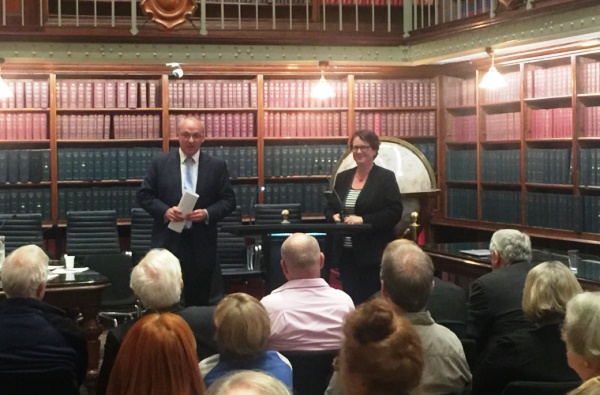 Launched the film, 'Cultivating Murder', which tackles the subject of the need for strong laws to regulate land clearing in NSW, and the murder of environment officer Glen Turner while investigating illegal clearing. 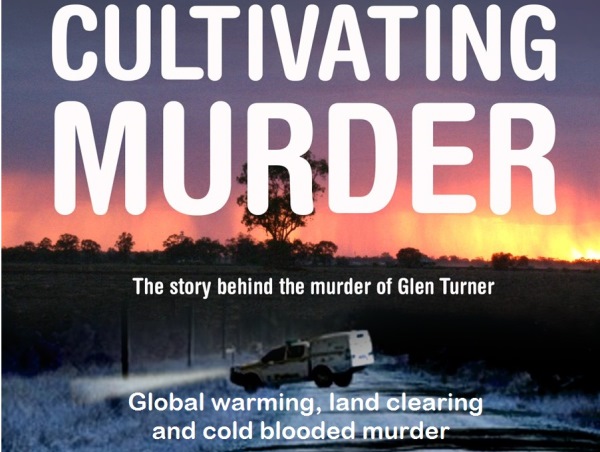 Spoke out in Parliament once again about the NSW Government's disgraceful decision to axe the Safe Schools program in public schools, after which they will not provide any sort of standalone program to support same-sex attracted or gender diverse young people in our schools.

Advocated to save the Sirius Building in The Rocks, with the Government planning to sell off and demolish the architecturally significant heritage building, while shamelessly kicking out the remaining elderly public housing tenants who live there. 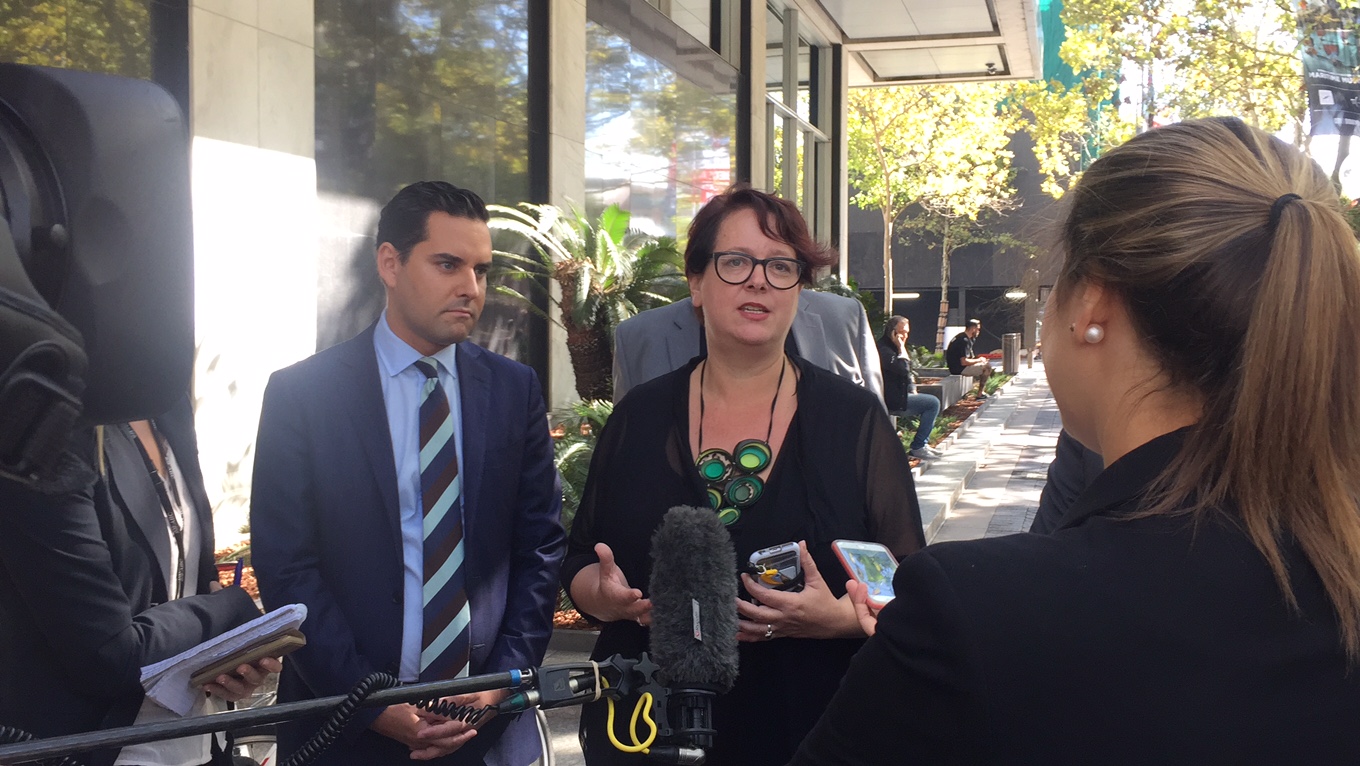 Questioned the Minister for the Environment about the astonishing situation of the Mangrove Mountain Landfill, which is now a waste dump ten times the size of the original proposal and sits over a drinking water catchment, while producing 3 million litres of leachate every year.

Gave notice of a motion in Parliament calling on the Berejiklian Government to properly protect urban green spaces in Sydney, which are currently under threat due to the Government's hostile approach to planning and the environment. 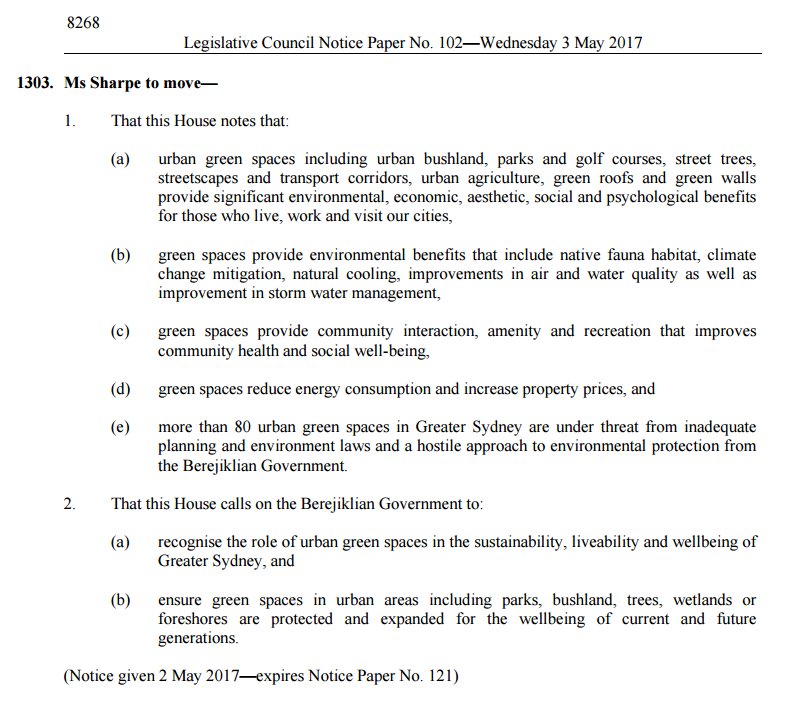 Questioned the Minister for Aboriginal Affairs and joined Member for Cessnock Clayton Barr in calling for the Government to intervene to protect the Butterfly Cave, a sacred Aboriginal women's place at West Wallsend, which is under threat from a nearby residential development. 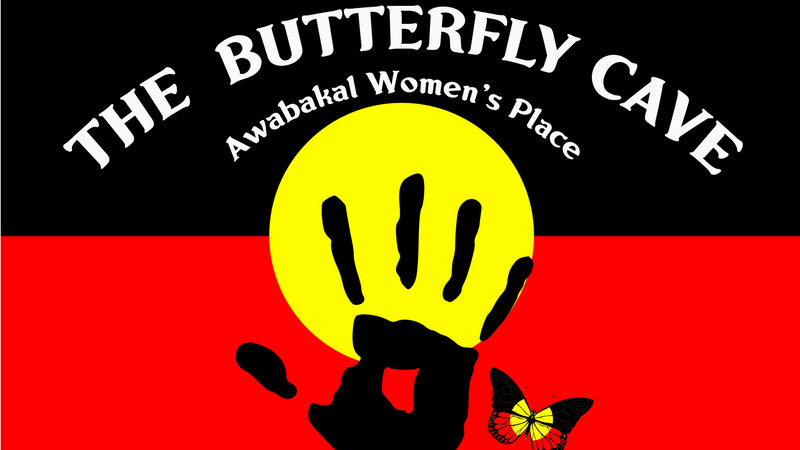 Marched in the Women's March in the Park in Sydney, to demand equality and stand in solidarity in defence of women's safety and health - and saw some pretty amazing protests. 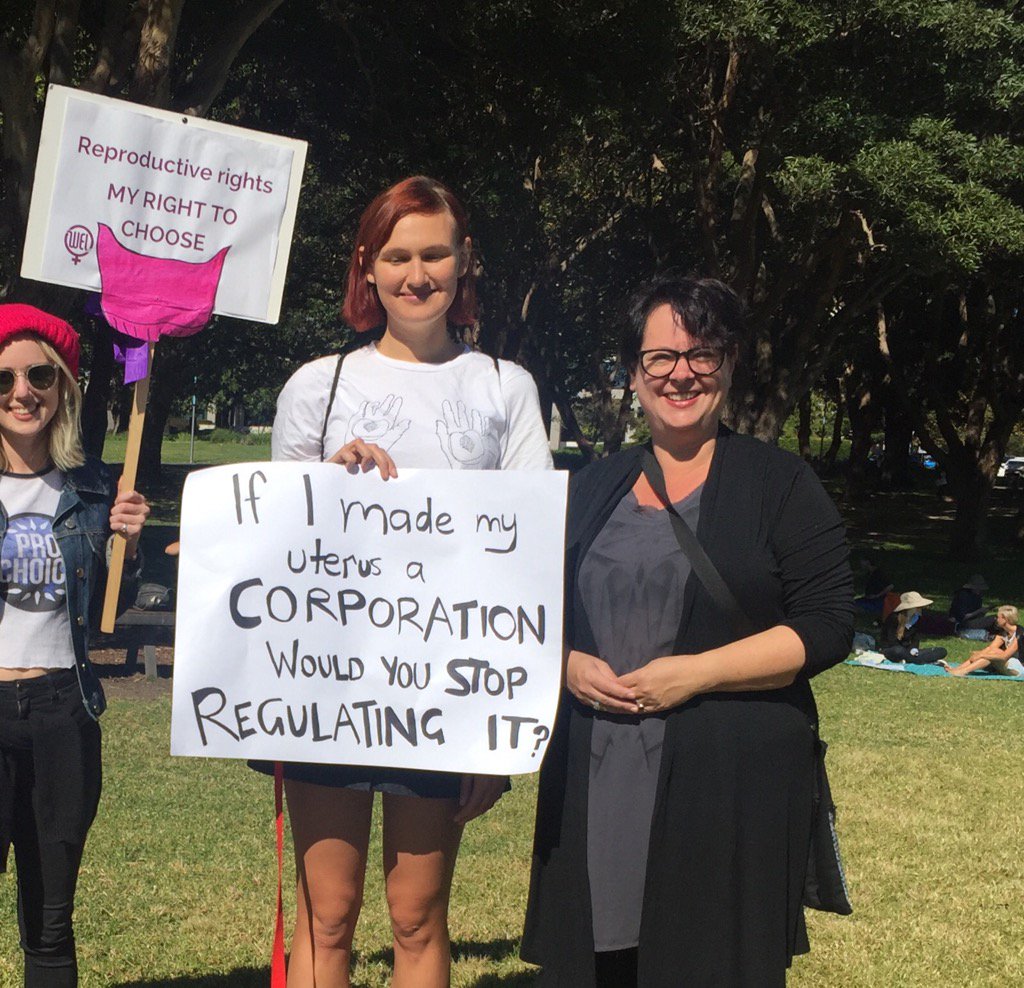 Buy your ticket to The GLORIAs today!
May 24 is just around the corner - get your ticket before they sell out.

Sign the Open Letter to MPs: women need safe access zones
After last week's vote on abortion decriminalisation, we need more messages sent to NSW Parliamentarians to support safe access zones around reproductive health clinics. You can also share your experience of the harassment and intimidation dealt towards women accessing these clinics. Don't underestimate the power of your voice and your story.