Today the ACT, South Australia, Tasmania and the Northern Territory all ban the single-use plastic bags, with Queensland likely to come on board this year.

It’s time for NSW to do the same.

If not properly disposed of, plastic kills up to 1 million sea birds, countless fish and 100,000 sea mammals each year. Once those animals decay, the plastic is released and spreads back into the environment causing further harm.

A review of the ACT scheme saw a 36% decrease in the amount of plastic bags sent to landfill in the first two years. This policy will reduce waste, landfill and drive other negative environmental impacts of plastic bags, including to marine life.

Penny Sharpe has on behalf of NSW Labor has introduced a bill into the NSW Parliament to ban the use of single-use, lightweight polyurethane bags (35 microns or less). Show your support by signing this petition, and sharing on Facebook and Twitter. 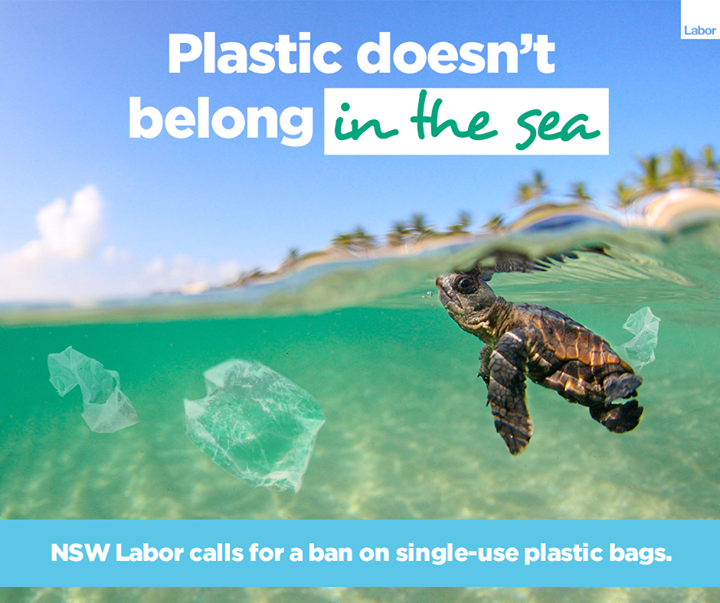 Call on the NSW Parliament to protect our environment, and support NSW Labor's bill to ban plastic shopping bags by signing this petition today.

“Banning single-use plastic bags not only will have an immediate positive impact on wildlife and the amenity of the natural environment but also will ensure that the community is part of the solution.”