Labor's plan to save Sydney's koalas

About 400 koalas live along the Georges River in southwest Sydney. It is the only colony of koalas free from disease in NSW.

They are threatened by loss of habitat and traffic on increasingly busy roads that has resulted from major residential development.

2. Ensure that infrastructure in surrounding areas is built with safeguards to protect the koala population.

3. Provide $3 million to establish a koala care centre in the Macarthur region.

On Friday, the WWF released a report stating that koalas will be extinct in NSW by 2050 on current trends. It identified expanding protected areas and reducing tree clearing as two ways to help save the koalas.

The Berejiklian Government has a dismal record on koalas. Its so-called Koala Strategy, released in May 2018, does not provide funding to protect the koalas of southwest Sydney.

The Government’s own 2016 report from the NSW Chief Scientist found that the state’s koala population has dropped by a quarter over the last 20 years, down from a population of millions at the time of European settlement. NSW is now home to fewer than ten percent of the nation’s koalas, with just 20,000 remaining in the wild.

“I want my children’s children to see koalas in their natural habitat, not only in captivity or on YouTube.

“There’s nowhere else in Sydney that you can look up and see a koala in a gumtree, we should be doing everything in our power to help them prosper.

“Chinese panda reserves attract tourists from around the world. Despite being as internationally recognised as the panda, no koala reserves have been established here.

“Labor will establish Sydney’s first Koala National Park and save the only disease-free koala colony in NSW.”

Quotes attributable to Shadow Minister for the Environment Penny Sharpe

“It’s do or die time for the koala colony in Campbelltown.

“The decisions we make today will determine the future of the koala.

“Labor’s plan will give the koalas of southwest Sydney the trees and protection they need as well as helping to keep them safe into the future.”

“Unique, precious and invaluable – these are all words that describe Campbelltown’s koala colony.

“The population is the last disease-free koala colony in NSW which makes it arguably the most important colony in the state. That is why this NSW Labor will save our local koala.

“A 4,000 hectare koala national park is huge and it will ensure our local population thrive and survive.” 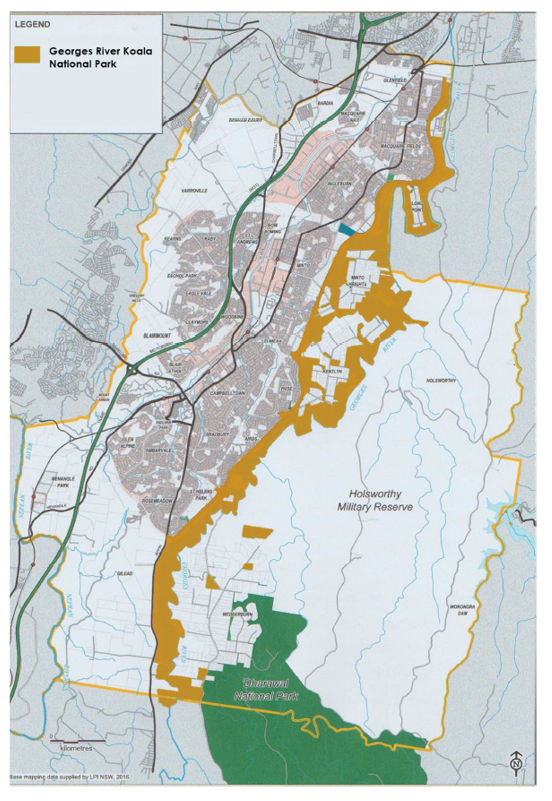