Now in their 7th year, the annual GLORIA awards night will be returning to NSW Parliament on 11 May 2016.

Organised by Penny Sharpe MLC, the GLORIAs are an annual event that shines the light on outrageous, ignorant and ridiculous comments made about our GLBTI citizens every day.

Comments across the six categories - Media, Sport, Politics / Law, Religion, International and Silliest GLBTI comment made from within the GLBTI community – are nominated by the public online.

Already this year, there have been multiple nominations for the Australian Christian Lobby, Cory Bernardi and George Christensen for their attacks on Safe Schools.

Some of the other nominations include:

“As we gear up for a possible plebiscite on marriage equality, the GLORIAs are going to be a great chance us to get together and call out public homophobia and transphobia for what it really is.

“This year, the GLORIAs are shaping up to be a contest between Cory Bernardi and George Christensen.

“But nominations are still open. So if you have heard, seen or read something that made you want to yell out loud, nominate it at www.theGLORIAs.com.au now!” 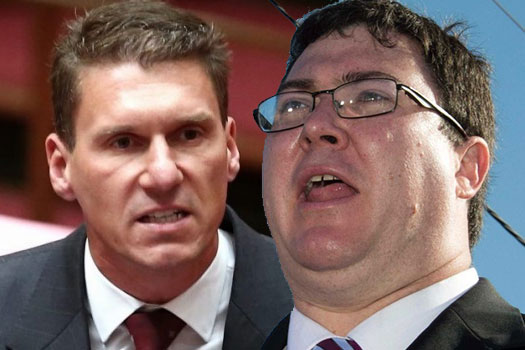