You do not need to look very far to see the vandalism done to heritage by the current government.

The loss of precious fig trees along Anzac Parade, the refusal to heritage list the Sirius building so it can be sold off, the destruction of our oldest town square at Thompson Square in Windsor, the failure to properly protect Aboriginal places, objects and landscapes, the plan to sell off and develop the Parramatta heritage precinct instead of prioritising world heritage listing for the Parramatta Female Factory are just the tip of the iceberg.

If you are interested in how we can save our heritage and rebuild a system that works, come along to my heritage forum next Tuesday 18 April from 9.30am at NSW Parliament House. It is 40 years since the Wran Government delivered world leading heritage protection through the NSW Heritage Act. Come and help us shape heritage policy for the next 40 years and beyond - head over to www.pennysharpe.com/heritageforum to RSVP. All are welcome.

PS All of our thoughts have been with our friends, family and colleagues on the north coast who have been dealing with the floods. Congratulations to Mayor Isaac Smith working with the community to support recovery and the clean up. If you would like to donate to support this work you can do so at the Lismore Council’s GoFundMe campaign www.gofundme.com/lismorefloodappeal

A strong campaign in Gosford and our excellent candidate Liesl Tesch saw Labor win the seat with over 50% of the primary vote. We can’t wait to welcome Liesl to Macquarie Street.

As the sell offs continue, Labor launched a dramatic bid in the NSW Parliament to prevent the $2 billion-plus sale of the land titles registry before final bids are made for the Land and Property Information unit. Labor introduced legislation that gives MPs a chance to reject the planned privatisation, which would give up annual profits of at least $130 million to the state – meaning that over the life of the proposed 35-year lease over $4 billion of revenue that would help pay for essential services such as hospitals and schools will disappear. 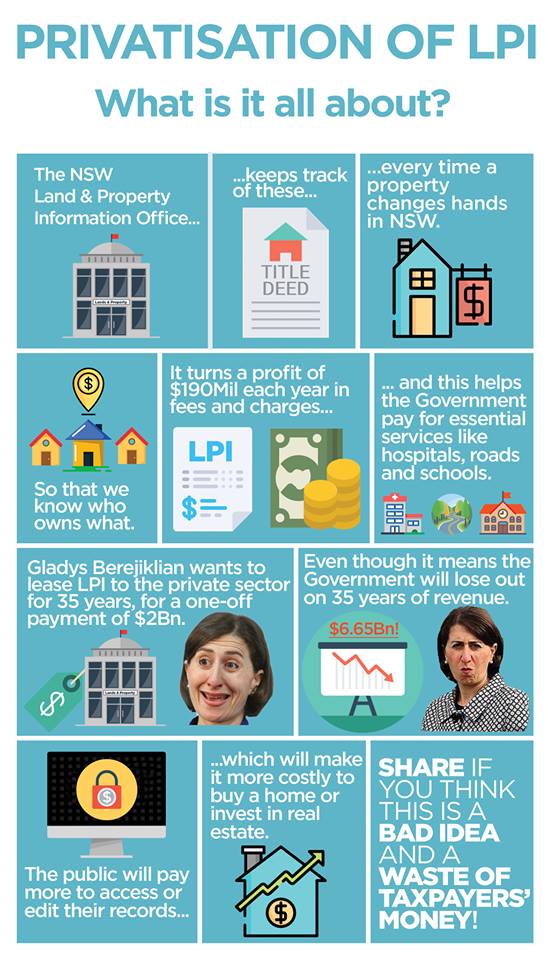 Labor succeeded in initiating an Upper House inquiry into the 'energy from waste' industry - with what would be the largest waste incinerator plant in Australia currently proposed at Eastern Creek in Western Sydney, Labor MPs fought for the right of their communities to have a say about the impact of the industry, which burns waste to create electricity. 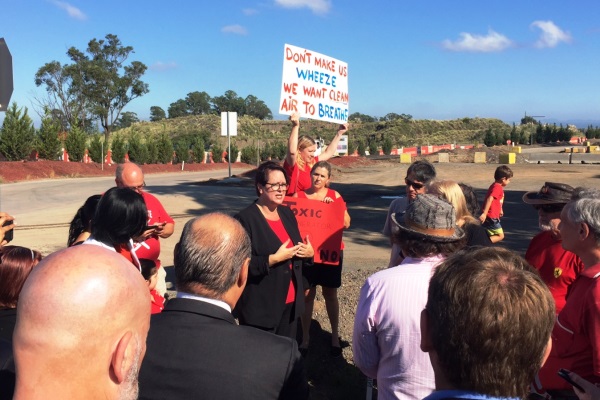 Labor also introduced legislation into the NSW Parliament to ban the setting up of specialist anti-vaccination child care centres in NSW – to plug a current legal loophole and remove a so-called “conscientious objector clause” in current laws that could leave children at risk from serious diseases. 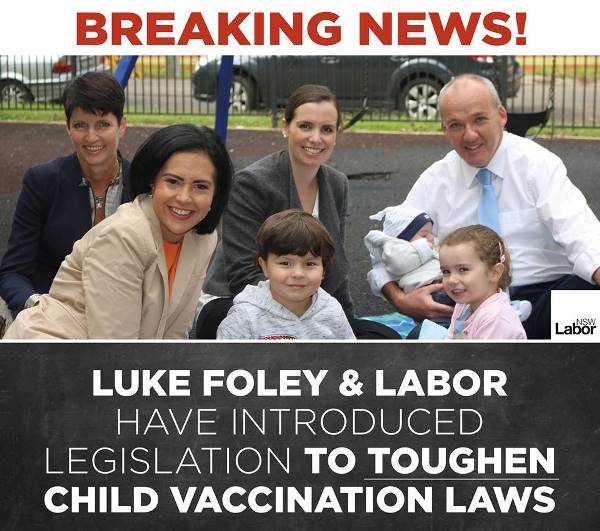 The NSW Coalition Government appears to be hiding a secret hit-list of workers – to strip them of penalty rates in the next wage negotiations, following the recent Fair Work Commission decision to cut penalty rates. Under questioning in Parliament not one Minister provided an assurance they would rule out reducing penalty rates for NSW public sector workers.

Campaigned with our successful candidate for Gosford, Liesl Tesch, and raised the issue of the Mangrove Mountain waste dump in the Parliament. 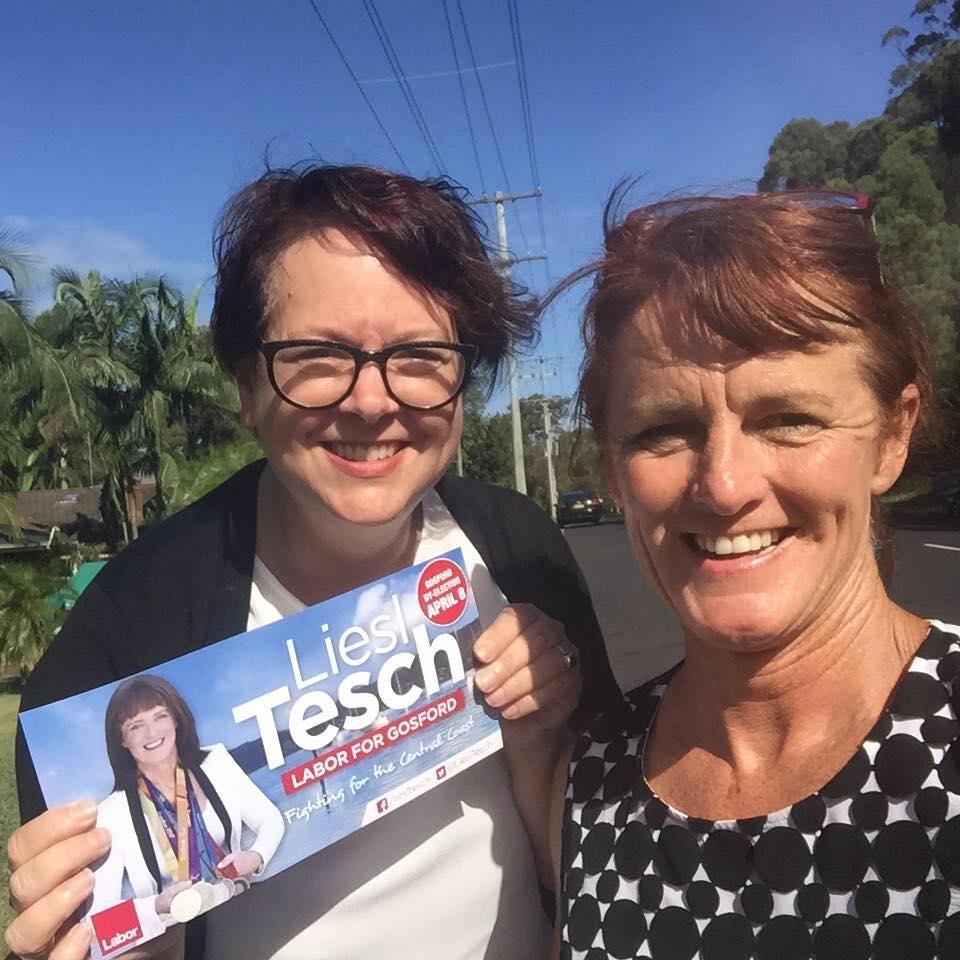 Added her voice in condemning the Government for failing the environment as part of a mid-term review of the Liberals' and Nationals' environment policies at the halfway point of this government. 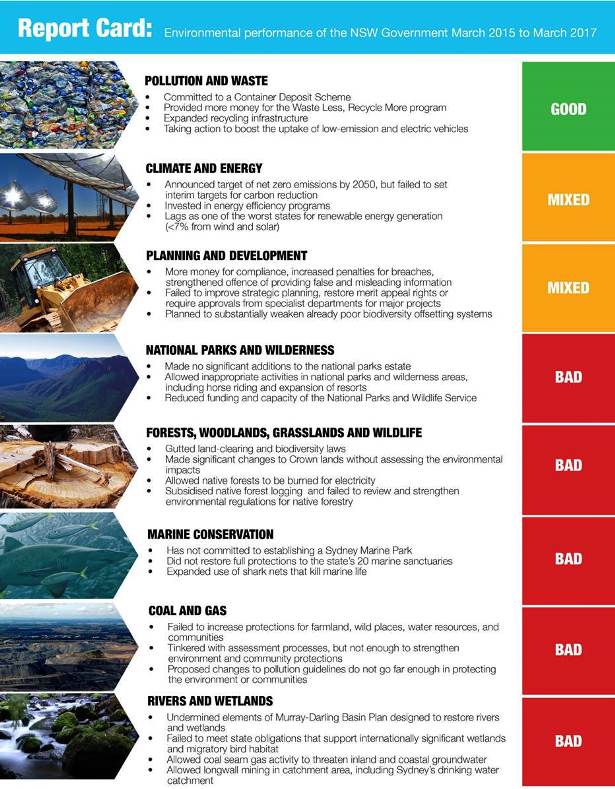 Campaigned with some of our Labor MPs to support the ASU's No Profit From Rape campaign to fight against the Federal Government's privatisation of the 1800RESPECT service. 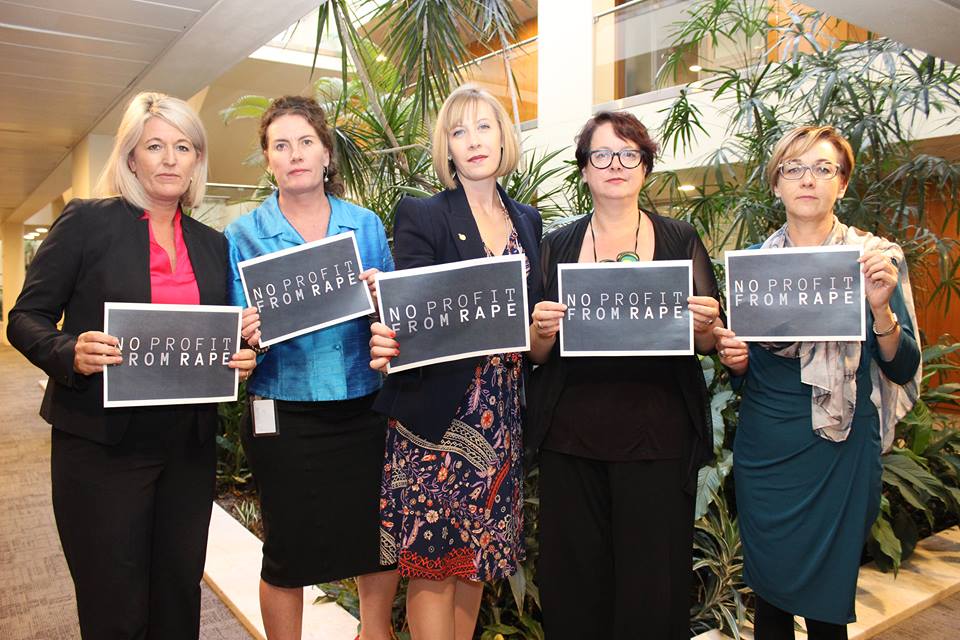 Uncovered the Government's failure to help households getting ripped off after the end of the Solar Bonus Scheme meant that without a new electricity meter, electricity companies could purchase a household's solar energy and sell it back to them at four times the price and cost them hundreds of dollars a year. 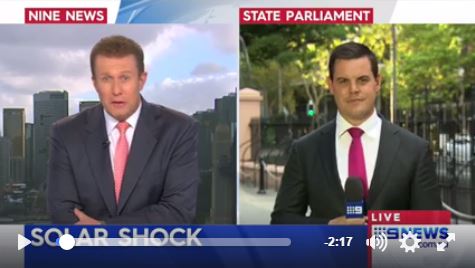 Spoke in the Parliament in support of a strike for equal pay by early childhood educators, who are seriously underpaid and take home one-third less in wages than their counterparts in primary and secondary education. 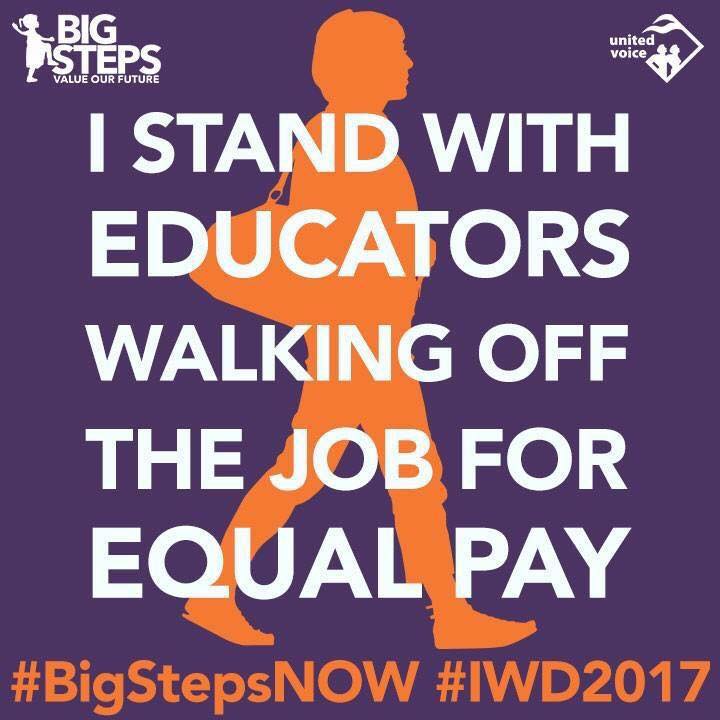 Gave a speech to the Green Cities Conference on 'Density Done Well' and the challenge for urban renewal projects to provide community services and infrastructure, while better recognising the economic, social and environmental benefits that flow from our natural assets and heritage. 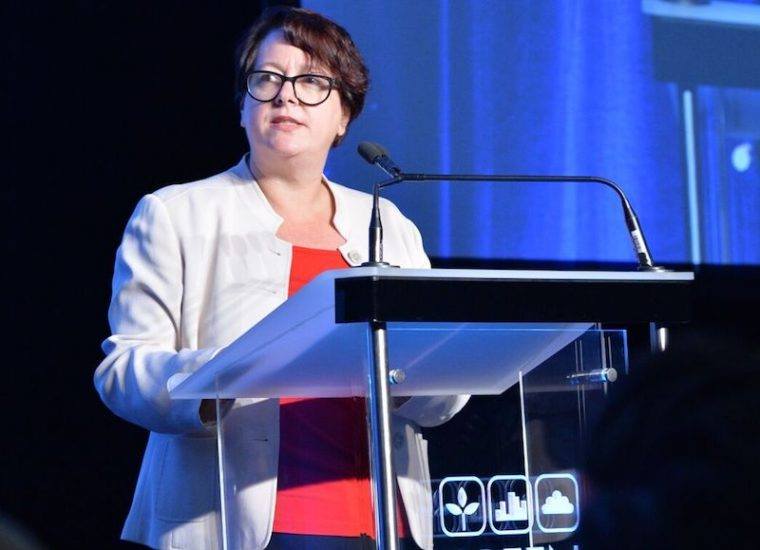 Sign the Open Letter to MPs: women need safe access zones
Send a message NSW Parliamentarians to provide safe access zones around reproductive health clinics, and share your experience of the harassment and intimidation dealt towards women accessing these clinics.

Make a submission to the inquiry into 'energy from waste' technology
Submissions close 28 May 2017.

Get along to the Ryde Community Town Hall event tonight with Luke Foley and our candidate for Ryde, Jerome Laxale
It begins at 6pm at Shepherd's Bay Community Centre, Meadowbank. 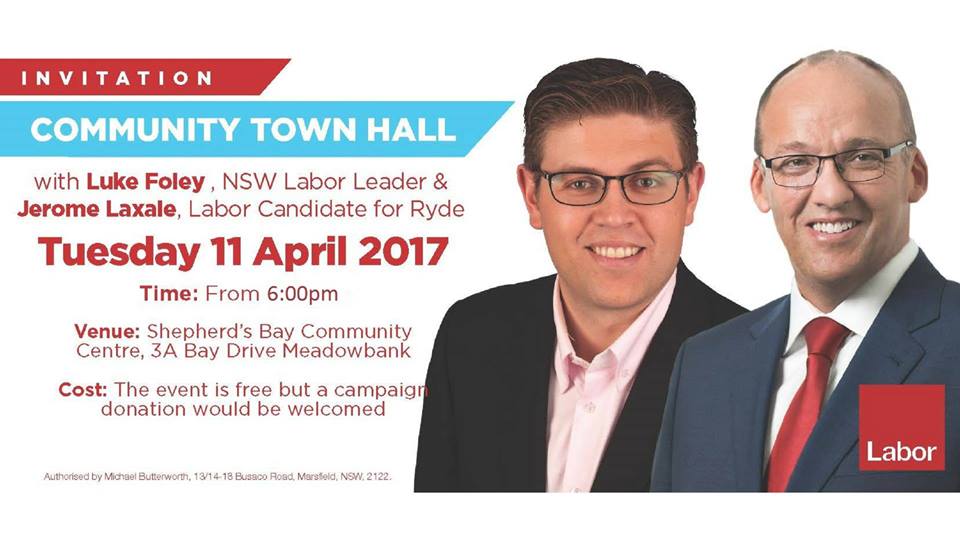