It’s been a very untidy start for new Premier Gladys Berejiklian. She already has one Minister embroiled in a donation scandal. Her response? Have the NSW Liberal Party investigate. The very same NSW Liberal Party that set up its own money laundering system that has already bought down 11 other MPs… the Minister should be sacked.

The Labor Opposition have been focusing our efforts on:

- the woeful state of school maintenance and the overcrowding seen across the state in many areas;

- the privatisation of the Land Titles office and the sending of 400 jobs offshore;

- the flawed mess that is forced council amalgamations;

- the failure of Gladys Berejiklian to rule out preferencing One Nation at the next state election;

- exposing the lies the Premier and the Government have told about the cost blow outs and capacity issues for the CBD and South East Light Rail.

We have welcomed our new Labor MPs, the Member for Canterbury Sophie Cotsis and the Member for Wollongong Paul Scully. As a result of Labor campaigning on the issue of saving urban bushland at Bexley North, Sophie has already had a win with the NSW Government agreeing to transfer 2.5ha of this precious bush into the Wolli Creek Regional Park.

The state parliamentary caucus was very sad to see our Member for Gosford, Kathy Smith have to resign due to the recurrence of cancer. We all wish Kathy and her family the best in this difficult fight.

Website of the week: I moved a motion in the NSW Parliament this week highlighting the threat to the Rape and Domestic Violence Service Australia from the Turnbull Government. Can you sign the petition and get others to do the same to ensure Australian women have access to world leading services for victims of rape and domestic violence?

Video of the week: See what Luke Foley had to say about the new Berejiklian ministry. 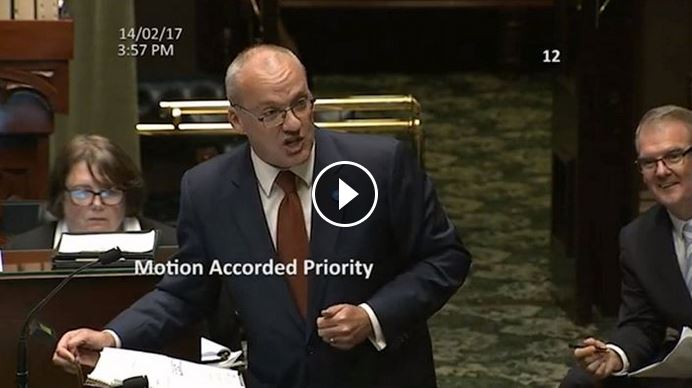 I write this as I head to Deniliquin, Griffith and Jerilderie for three days of visits and hearings for the inquiry into the water supply for rural and regional NSW. How NSW deals with decreased rainfall and at the same time more flood events as a result of climate change are just some of the key questions our committee will be seeking to answer this year.

What else has the Labor Opposition been up to?

"Right here in New South Wales people will feel this decision hard. With wage growth at record lows, full time jobs declining, and housing affordability more of a crisis today than ever before, this is a kick in the guts to everyday Australians and means that family budgets will face an even tighter squeeze.

"Make no mistake, today’s decision is a win for the Federal and State Liberal and National Parties who have spent their lives trying to take away many of the conditions fought for by workers and the union movement."  (read Luke's letter here)

Labor is serious about relieving suffering by moving to decriminalise marijuana possession for registered users. We want compassion not criminalisation - our bill is now in the Parliament.

Labor introduced a bill to get rid of the double dipping business votes rort for local government.

Luke is hosting Town Hall meetings around the state, with the first one having been held this week in Heathcote and the next in Monaro on 16 March.

Labor Loves Live Music, led by our MPs Jo Haylen and John Graham, have announced a plan to save live music in NSW.

The state Labor caucus has joined the campaign being run by women on university campuses across NSW to end sexual assault on campus.

Luke Foley and the rest of the NSW Labor caucus joined the protestors from public disability services campaigning against the full privatisation of service for people with disabilities in NSW. 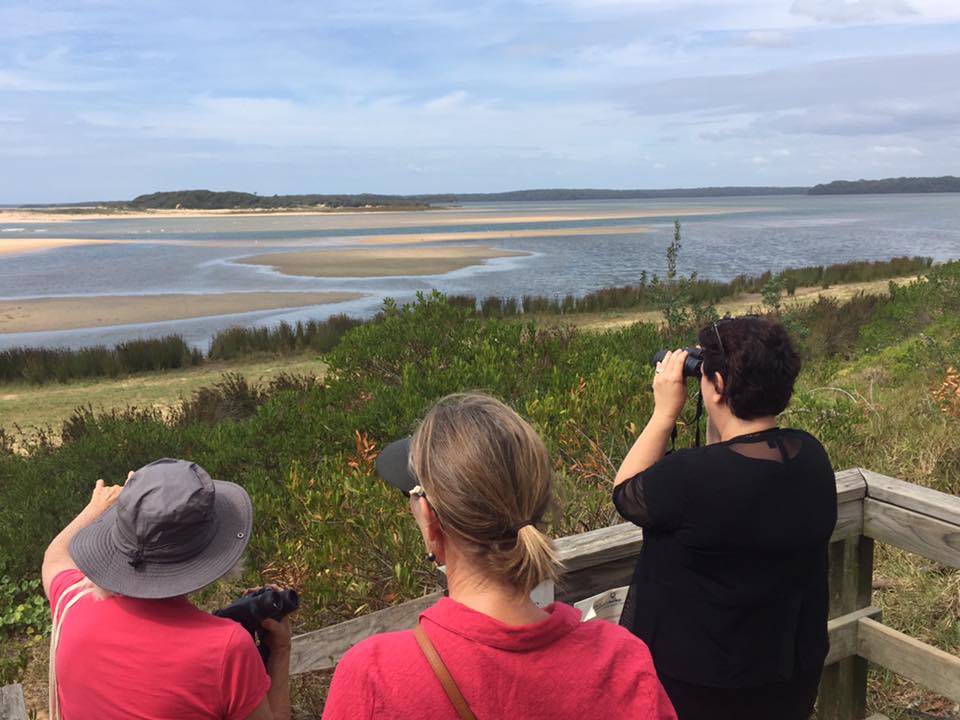 Attended the launch of the reissuing of 'Green Bans, Red Union – The Saving of a City' by Meredith and Verity Burgmann. Essential reading for anyone who cares about the future of Sydney. 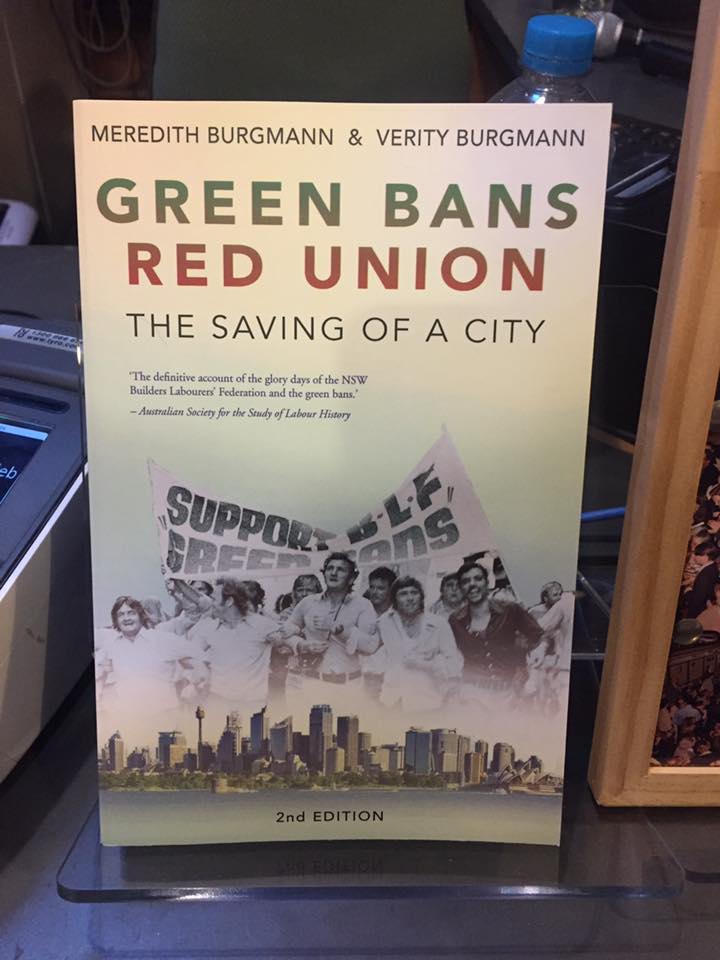 Was pleased to join Sophie Cotsis, Chris Minns and Steve Kamper at the community celebration of the saving of bush at Bexley North.

Has been enjoying the Mardi Gras festival that is both a protest and celebration. Penny planted a heart at Fair Day to recommit herself to the fight for equality for the LGBTI community.

Met with women from Young Labor about Labor for Choice, affirmative action, safe access zones and plotted some events to run together (watch this space!). 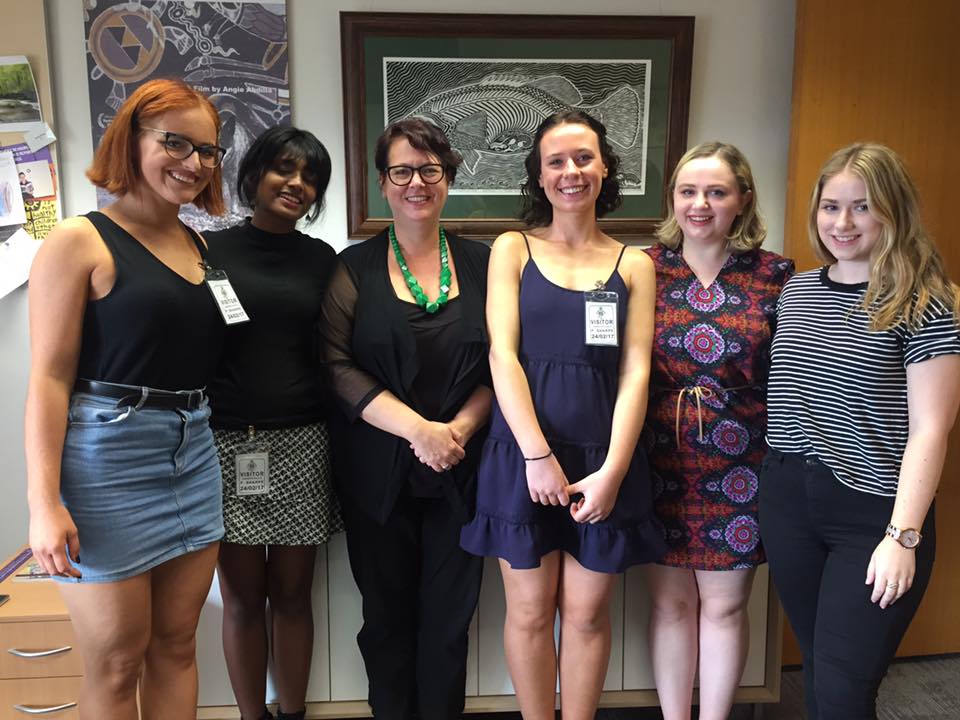 Spoke at the 20th Anniversary of Family Drug Support to show her support for their work supporting friends and family affected by drug misuse and the extraordinary contribution FDS make to the push for proper discussion about drug law reform issues.

Motion for branches on Safe Access Zones
In the lead up to State Conference, we can send a powerful message if branches around the state pass a motion in support of safe access zones for reproductive health clinics. Click here to download the motion and bring a copy to your next branch meeting.

Sign the petition to save the Rape and Domestic Violence Service Australia - the only specialist 24/7 rape and domestic violence counselling service in Australia.

Join the fight to end sexual assault on campus by printing and signing this petition.

Have you ever thought about becoming a foster carer?
There are almost 20,000 children and young people in NSW unable to live at home, so we always need more carers. It's estimated that 660 new foster carers are needed over the next 12 months in NSW - across all types of care: emergency, respite and short term carers.

There is plenty of support available; out-of-home care agencies provide foster carers with ongoing support, training and mentorship to assist them in providing the best care they possibly can.

To find out more about becoming a foster carer, please visit the Fostering NSW website: www.fosteringnsw.com.au or call 1800 236 783. 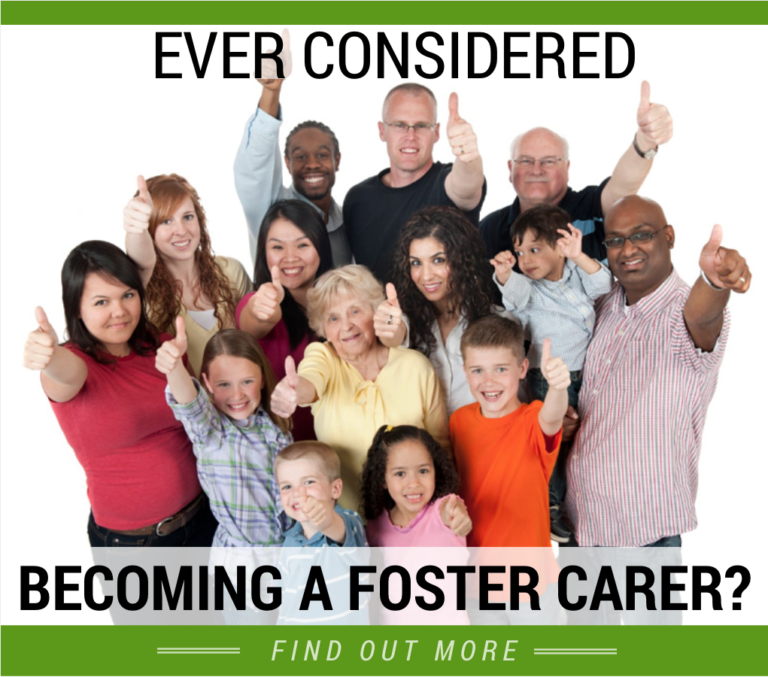