The Hon. PENNY SHARPE [3.30 p.m.]: On behalf of the Labor Opposition I support this disallowance motion. Labor opposes the massive penalty increases for cyclists that have been introduced by this Government.

It is an unjustified overreach by the Minister for Roads, Maritime and Freight.

We oppose the penalty increases because they are not about improving safety. They will have the effect of deterring people from taking up cycling at a time when almost two-thirds of Australians are overweight or obese and we are looking down the barrel of a diabetes epidemic. Anything that stops people from taking up exercise is a bad idea.

Cycling has been caught in the middle of a type of culture war—a war that is being waged on cyclists by a Minister who is proud to call himself the biggest bike sceptic in the Government.

No-one is saying that there should not be enforcement of the road rules or cyclists should not obey the rules. But a 500 per cent increase in fines, coupled with the overzealous enforcement that we have seen in the past couple of weeks, is simply not justified. These changes more than quadruple some fines for cyclists.

The penalty for riding without a helmet now incurs a fine of $319, up from $71. The offence of riding dangerously includes, among other things, riding on the footpath. Recently a woman was stopped for riding dangerously because she was wearing jeans and high heels. With the changes, she could now incur a fine of $425. By comparison, the fine for a motorist travelling more than 20 kilometres over the speed limit is $436, just $11 more. The Government says that it is massively increasing the penalties for bicycles in order to bring them into line with the penalties for cars. But that makes absolutely no sense and also ignores the fact that motorists who disobey road rules can, and do, cause significantly more harm than cyclists.

A recent Australian study which looked at police data on road crashes in Sydney over a four-year period estimated that the relative risk of a fatality for a cyclist in Sydney was approximately 11 to 19 times higher than for an occupant in a car. Labor understands that there are real problems relating to the safety of cyclists but the answer is not simply to jack up fines. Studies have shown also that in collisions between motor vehicles and bicycles, drivers were predominantly at fault. In one study, drivers were at fault 79 per cent of the time. Since the introduction of these new rules earlier this month, I have heard stories from bike commuters and read about the crackdowns by police on cyclists. Cyclists are being fined for having loose helmet straps or not having a bell. One report suggested that a female cyclist was fined for dangerous cycling because she was wearing jeans and high heels.

Last weekend I was in Jervis Bay where locals told me that police were targeting students who were using a separated cycleway on their way to school for missing reflectors and bells. I am also aware of reports that at least one cyclist has been cited for track standing while waiting for a traffic signal to change and allegedly was fined $425 for dangerous riding. For those who do not know, track standing is when cyclists who are clicked into their pedals are balancing while waiting at traffic lights. They are not breaking any law. The cyclist was fined $425 because the police decided that that was dangerous riding.

Around the world, major cities like London, Paris and Barcelona are encouraging commuters to take up cycling. The government in Milan is keen on encouraging cyclists. In an effort to improve congestion and reduce pollution levels in the city, it is considering paying commuters who choose to ride a bike. It is not the only global city considering such measures. In France a pilot program was tested in 2014 and smaller towns have tested reverse tolls for pedestrians and cyclists. Belgium, the Netherlands, and the United Kingdom have all trialled paying commuters to bike, at rates equivalent to about 30¢ a mile tax free. The City of Melbourne would like to see cyclists make up one-quarter of morning traffic into the city centre by the end of this decade. To achieve this, the City of Melbourne is installing more bike storage and filling in the many gaps in Melbourne's bike lane network. In so doing, it hopes to encourage more novice riders to cycle into the city and relieve pressure on congested roads and crowded public transport services.

In Sydney, the roads Minister wants to do exactly the opposite. The Minister has ripped up the College Street cycleway and left unfinished the improvements to our cycleway network. Cycling and public health advocacy groups have come out against these changes citing concerns that the changes will deter commuters taking up active transport at a time when we need more people on bikes. It was very disingenuous of the Minister in his contribution to this debate to verbal cycling groups. Of course they support the one metre rule because it enhances safety for cyclists, but the Minister tried to imply that they did not get everything they wanted because he jacked up this raft of fines by more than 500 per cent. I agree with the Minister that bike sales are up and car sales are down.

As we know, most households have at least one bike and the numbers are growing constantly. Approximately 1.25 million people cycle each week and about one-third of those commute. Young children have the highest levels of cycling participation but the numbers drop when kids hit 10 years old. These numbers are likely to get worse under this new regime, with fines and identification requirements creating a barrier to the uptake of cycling. This is not something that we should be supporting.

Last week the Minister proudly announced that there were more people cycling than ever. But this will change under these new rules. Sydney's traffic is already choked. Traffic congestion costs are in the billions of dollars in lost revenue. Cars are crawling along at the slowest rate ever. Cycling offers an environmentally friendly and healthy alternative. If the Government really wanted to improve the safety of cyclists it would encourage more women to take up cycling rather than fining them for inappropriate attire. In Sydney, men are more likely to cycle than women, with 22 per cent of men riding each week compared to 13 per cent of women.

As we know, encouraging more women to cycle makes the whole system safer. According to the Association for Pedestrian and Bicycle Professionals [APBP], women riding bicycles in general contributes to the overall bicycle safety in a city. It states:

It is understood women are catalysts for safe pedestrian and bicycle friendly design, thus bicycling women help progress the livability of a place. 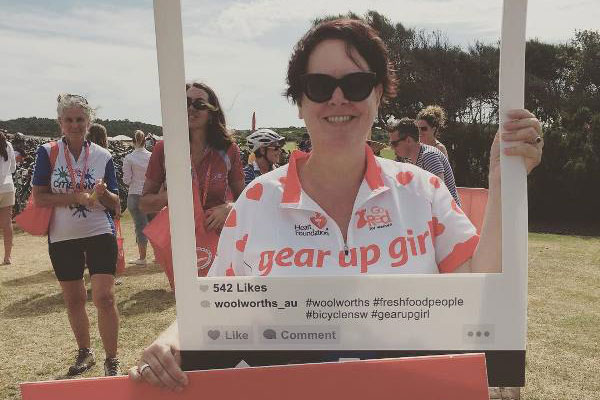 ... it's no secret that an increasing number of Australians are using bicycles or walking to avoid traffic jams and improve their health.

So when we build a new road or railway line, we should consider whether it would make sense to include an adjacent cycling or walking track. So we are providing options not only for cars but also for those who want to leave their cars at home.

Putting the two together, a new road equipped with smart infrastructure will reduce traffic congestion.

But if it also makes it easier for people to leave their cars at home by incorporating provision for active transport, the community gets a triple pay-off—less congestion, a better road and the positive health outcomes that come with people walking or cycling to work.

NSW Labor believes that cycling is good not just for cyclists but also for the environment and public health and for dealing with congestion in our cities.

Labor will always take a proactive approach to active transport, including cycling.

Labor welcomes the minimum passing distance laws. These laws bring New South Wales into line with Queensland, South Australia and the Australian Capital Territory where minimum passing distances are improving driver behaviour and making the road safer for everybody. But we cannot and will not support penalising cyclists without a shred of evidence that these fines will assist in improving safety.

Finally, I want to make comment to the crossbenchers and libertarians in our midst when considering this disallowance motion. This is an extremely heavy-handed regulation from this Government that will simply deter people from cycling and stop them from doing what they love to do, that is, get on a bike and ride around free from government interference. I urge those members to also support the disallowance motion.