Speech to the NCC Annual Conference 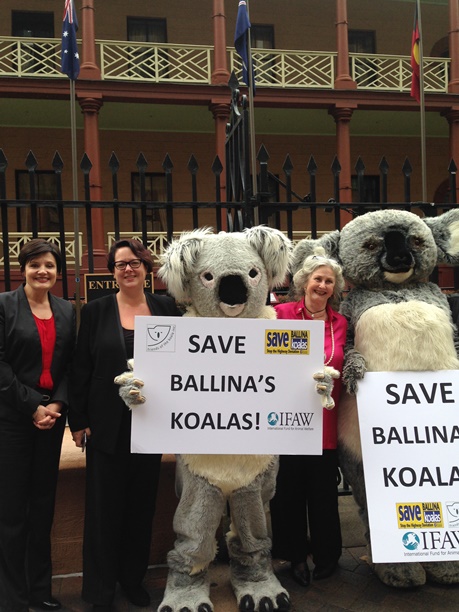 Let me begin by acknowledging the traditional owners of the land—the Gadigal people of the Eora nation. I pay my respects to their elders past and present.

I also want to acknowledge Kate Smolski CEO;  and other distinguished guests

I particularly want to acknowledge the people in the room who for many decades have given a voice to the environment our flora and fauna live in so that humans can continue to live sustainably on this fragile planet.

I am honoured to speak at this year’s Annual Conference.

Sixty years ago, a handful of kilometres from where we meet today, a group of concerned citizens and dedicated environmentalists met to establish the Nature Conservation Council.

Sir Robert Menzies was Prime Minister and Joseph Cahill was the Premier of New South Wales.

So was Kermit the frog.

Around this time, Rachel Carson turned her mind to conservation but it would be years before the Silent Spring was published.

1955 was a time before a National Parks and Wildlife Service, an Environment Protection Authority or a Land and Environment Court.

In the sixty years since, with the NCC’s constant and considered advice and advocacy we have achieved much for the environment.

I say we because I know that change rarely occurs as a result of one single action.

Change is the result of committed individuals working together, organising the community, gathering the science, briefing the media and lobbying our elected representatives.

Change is the result of people deciding to care about the world around us, caring about the future we are creating and caring about giving more than we take.

The environment movement and Labor have worked together, needled each other, had more than a few stoushes but have in the last sixty years won small and large victories that have profoundly changed NSW for the better.

The Wran Government passed the Environmental Planning and Assessment Act, the Coastal Protection Act, and established the Land and Environment Court.

Together we helped save the northern rainforests, expand the national parks system and banned sand mining in coastal national parks.

As the Minster for the Environment, Bob Carr championed the Wilderness Act.

In Labor’s last term we saved the River Red Gums and created the Yengo National Park.

In those sixty years, we have achieved much together but there is so much left to do.

There are new challenges

There are still some of the same challenges like climate change that have become urgent to address.

And we find ourselves having to defend gains already won. Like the stopping of broad scale land clearing and the proper protection of our marine environment.

Today I want to give you my personal commitment but more broadly Labor’s commitment to engaging in open and active dialogue with the environmental movement through organisations like the Nature Conservation Council.

I want to work with you to chart a path to addressing the urgent environmental priorities for NSW.

Let me begin by reaffirming Labor’s commitment to building on the existing national parks estate.

Conservation is the primary function of our national parks estate.

And Australia and New South Wales have clear obligations to protect our biological diversity.

Under the Convention on Biological Diversity the international target is for the conservation of at least 17% of the earth’s terrestrial land and 10% of our marine coastal areas by 2020 .

Australia is home to somewhere between 7 and 10% of the all of the species on earth.

And yet Australia has a terrible record in maintaining our biological diversity.

According to work conducted by the Australian Wildlife Conservancy, Australia has the worst mammal extinction rate in the world .

A future Labor government will dedicate itself to not only maintaining but enhancing our national parks estate with the aim of protecting our biodiversity.

With this aim in mind, and given the absence of a new National Parks Establishment Plan, we will be guided by the Plan Labor delivered in 2008. In doing so our priorities are:

Labor is opposed to commercial logging, amateur hunting and grazing of hooved animals in our national parks.

Labor’s commitment to conservation does not stop at the water’s edge.

Labor helped create much of our marine park estate and we remain committed to expanding this estate to ensure the full range of ecosystems and species are protected.

We are committed to defending the creation and maintenance of sanctuary zones.

And if elected in 2019 we will create a Sydney Marine Park.

Sydney harbour is one of the most biologically diverse harbours in the world.

The creation of a Sydney Marine Park, based on best available science will bring consistency and clarity to the management of this city’s marine biology.

Sydney harbour and the species that call it home deserve nothing less.

Labor remains committed to doing everything that is possible to ensure that koalas in NSW are not driven to extinction.

The people in this room understand better than most the very real possibility that koalas could no longer be part of our environment by as soon as 2055 unless we take serious action now.

Recently the NSW Scientific Committee announced that it needed to downgrade the state of koala’s on the North Coast from vulnerable to endangered.

The science shows that koala’s in the north of our state, ‘…face a very high risk of extinction’.

The Government’s response to this crisis is underwhelming.

In this financial year, the Government has dedicated just $45, 000 to protecting koala populations on the north coast.

To put this in perspective, last year in the Department of Environment and Heritage spent $31, 516 dollars replacing lost laptops, tablets and phones.

I understand that the Government has announced that there is more funding coming – and of course Labor welcomes this.

But giving with one hand while taking with the other will not save the koala.

All the good work being done by local councils, koala rescue organisations and dedicated community members is made almost impossible while

We can save the Koala. Step one would be to support the establishment of a Great Koala National Park.

315, 000 hectares inland from Coffs Harbour.  This park would protect 20 per cent of the North Coast’s koala population.

It would also help protect 29 other threatened species and give the north coast a tourism, regional development and jobs opportunity for the future.

If the Government is serious about koala conservation they would get behind the Great Koala National Park.

The Labor Party, the party I so proudly represent must come up with positive programs for the environment but where it is necessary we must also defend the integrity of our existing environmental laws.

One area where this is abundantly clear is Biodiversity Legislation.

The Carr government, created the architecture of our biodiversity conservation.

Before the Threatened Species Conservation Act and Native Vegetation Act Australia was the 5th greatest land clearer in the world and New South Wales was second only to Queensland amongst the states and territories.

New South Wales was a place of mass biodiversity loss.

Prior to the introduction of the Native Vegetation Act former Environment Minister Bob Debus described the situation as ; ‘…one of the greatest environmental challenges facing NSW”.

The Native Vegetation Act has worked. Since its introduction it has delivered an:

Stopping broad scale land clearing in NSW was one of the single biggest contributors to Australia being able to meet emissions targets set under the Kyoto protocol.

Despite this success, prior to this year’s election the Coalition signed an MOU where they committed to reviewing the state’s existing Biodiversity laws.

There are ominous signs here.

The review of biodiversity legislation in NSW argues that there is too much ‘red tape’; proposes repealing the Native Vegetation Act and parts of the Threatened Species Act; and calls for a new ‘Biodiversity Conservation Act’.

Let me assure you today, that Labor remains committed to defending our existing biodiversity protections

Labor is not opposed to a review of our biodiversity legislation but existing protections must be retained in any new legislation.

How can we talk about our environment without talking about climate change.

As soon as I finish here today I am leaving for a meeting of Commonwealth Parliamentarians in London to examine what action sub regional governments are taking in the lead up to and post the Paris Climate Change conference.

New South Wales once led the way on effective action on climate change.

The current Government has no plan for dealing with climate change beyond adaptation. They have failed to articulate the case for action in NSW and federally.

Their approach is risky and irresponsible.

And while they trumpet great projects like big solar at Broken Hill and Nyngan their efforts to encourage investment in renewable energy is patchy at best.

Let’s not forget that the Minister for Medical Research, this week declared without a shred of scientific evidence  that wind farms “resonate in the skulls” of those nearby.

In the months that follow the Paris’ Climate Conference, Labor will be reviewing our existing renewable energy and climate change policies.

Next year, Labor will be looking to consult with the environmental movement and the energy sector on an effective way of meeting our international obligations.

I trust the NCC will be an enthusiastic participant in this process.

Labor remains committed to effective action on climate change and understands the importance of renewable energy in helping us meet our climate obligations.

Labor is ready to lead in this area.

Sixty years ago, just down the road from where we stand today a small group of dedicated environmentalists and concerned citizens founded this wonderful organisation.

Over decades of service and advocacy you have help protect this state’s environment.

Over the coming decades, this work has never been so urgent or so important.

I look forward to being prodded by you, challenged by you and in the process educated and influenced by the collective work of the individuals and organisations that make up the Nature Conservation Council.

60 years on NSW needs you more than ever.