The Hunter region will continue to cement its place as a centre for excellence, innovation and development of renewable energy in NSW.

Representatives from the renewable energy industry, local government, business leaders and academics will gather today at a NSW Labor led roundtable to discuss how the Hunter can build on the work of CSIRO and Newcastle Institute of Energy Resources to further support renewable energy development.

The panel of representatives will discuss how Newcastle and the Hunter will confirm its role in NSW renewable energy future following the Paris Climate Conference.

The Hunter region is widely agreed by attendees as a prime location for a robust renewable energy industry.

The roundtable follows the latest State of the Environment report which showed that despite the presence of significant renewable energy assets over 90 per cent of the State’s energy demand is still being met by coal, gas and petroleum.

Attendees at the roundtable include:

Quotes attributable to the Shadow Minister for Energy Adam Searle

Quotes attributable to the Shadow Minister for Environment Penny Sharpe

“A fraction of NSW’s energy is sourced from renewable resources. The Baird Government is allowing the damage to our environment to continue unchecked.

“A strong renewable energy sector in NSW is the logical step towards a clean and sustainable state.”

“Past Labor Governments have already established the foundation for a clean energy future in the Hunter through financial investment and strong policy settings.

“We know that renewable energy is the future and that is why we will work with the sector to make the Hunter a national renewables hub.”

Quotes attributable to the Shadow Minister for the Hunter Kate Washington

“The Hunter Region has a genuine opportunity to lead the state on renewable energy development yet the Baird Government is nowhere to be found.

"The creation of local jobs would be a huge boost to the economy and show that the Hunter region is more than willing to move with the times.” 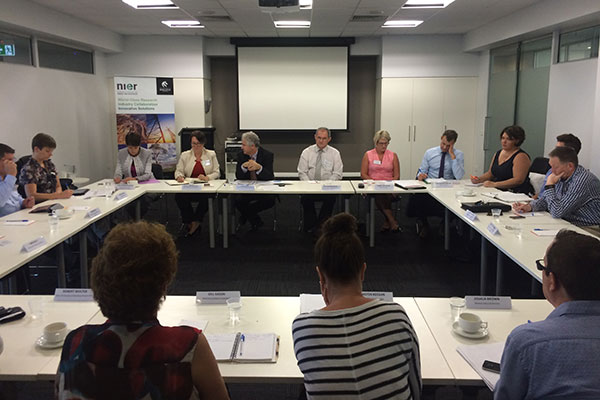