Shadow Minister for the Environment, Penny Sharpe, and Byron Shire’s Deputy Mayor, Paul Spooner have waded through Main Beach, Byron Bay pulling out plastics to draw attention to the need for the Government to get behind Labor’s ban on plastic bags.

“Across the country, hundreds of thousands of plastic containers and single use bags end up in waterways like this.

“I am calling on the Government to back Labor’s plastic bag ban and get on with implementing a container deposit scheme as soon as possible.

“Cash for containers has worked in South Australia. In December the Government released a discussion paper on what a NSW container deposit scheme would look like.

“Public consultation is open until 26 February 2016 and today I am calling on the local community to get involved and make a submission.” 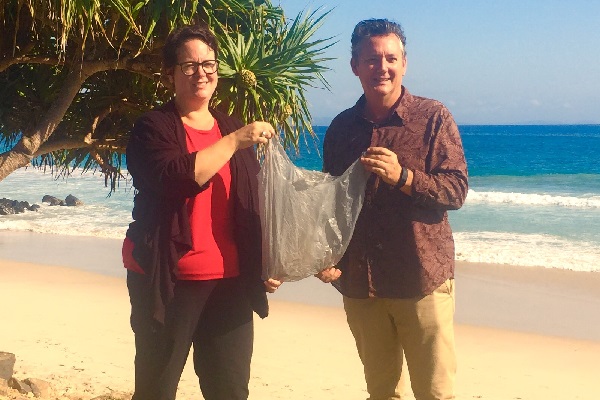